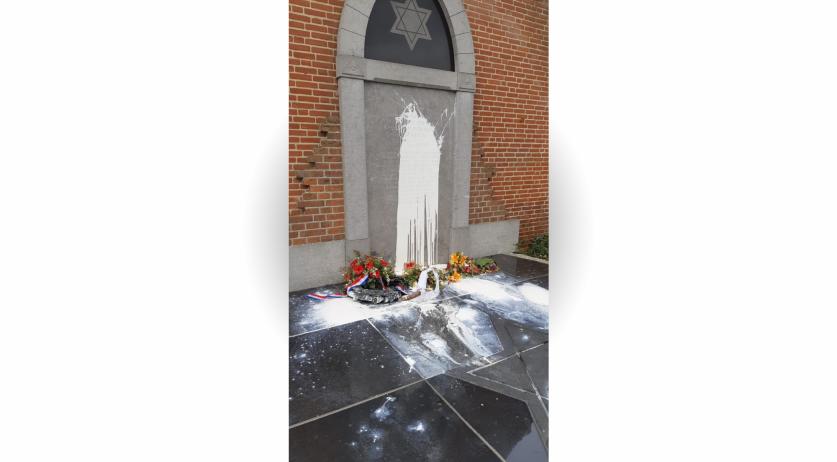 A Jewish monument in Cuijk in Brabant was vandalized on Sunday by an unknown person with white paint. On the monument, they also wrote ‘Free Palestina’.

At the site, the names of Jewish people from Cuijk who were deported and killed during the Second World War are carved in stone along with the concentration camps they died at. Above their names, it says “between 1940 and 1945 they were taken from our midst because they were Jewish”.

The monument was unveiled in 1985. It is set on the outside wall of a former synagogue in Brabant.

It is likely the incident is related to the escalating Israel-Gaza conflict.

Passers-by were shocked by the crime. “This really gives me goosebumps”, a woman walking by the monument on Sunday morning said to the Brabants Dagblad. “Of course it is terrible what is happening in Gaza and Isreal at the moment. But this a memorial that commemorates the war.”

Police are still investigating who the responsible person is for the vandalism.