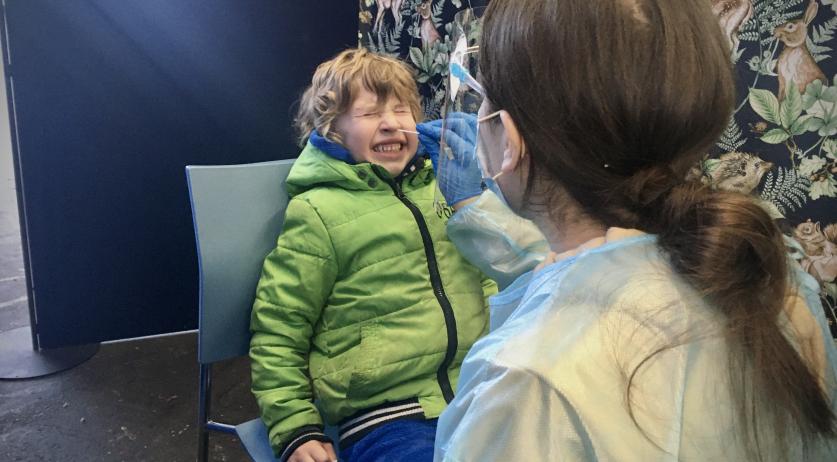 An average number of 237 people were hospitalized for Covid-19 in the Netherlands on each of the past seven days, a 24 percent decrease from the third wave peak set on April 22, according to data from the LCPS. The Dutch Cabinet is expected to press forward with a new round of lockdown easing next week if data used by the LCPS and the RIVM show that decline to be at least 20 percent.

"What we really want is to follow the OMT," said Prime Minister Mark Rutte during a press conference this week. The Outbreak Management Team advised the government to wait for that 20 percent benchmark to be met before going ahead with relaxing coronavirus measures.

He also said that the Cabinet would wait until Monday to announce any decision out of concern that large groups celebrating on King's Day could trigger an increase in hospitalizations.

"The influx into hospitals is steadily decreasing this week. We expect hospital occupancy to decline further in the coming week as well," the LCPS said in a statement. Some 163 people were hospitalized with Covid-19 between the afternoons of Thursday and Friday. That was the lowest since February 22.

Despite the low number of new hospitalizations, the total number of currently hospitalized patients rose by one percent. There were 1,522 people being treated on Friday afternoon in regular care, a net increase of 24 after accounting for deaths and discharges. The ICU total fell for the ninth straight day, dipping to 728, a net decrease of five. It remained the lowest total since April 2.

Combined, there were 2,250 Covid-19 patients inside and outside the ICU. That was 11 percent lower compared to a week ago.

Public health agency RIVM also said that 5,608 more people tested positive for the SARS-CoV-2 coronavirus, bringing the seven-day average down to 6,263. That was the lowest in nearly two months, however the number of people getting tested for the virus on average this week also fell to its lowest point in about three months.

Meanwhile, about 13 percent of those getting tested this week have been diagnosed with the infection, continuing a two-month upward trend.

Through Thursday, the Netherlands administered 7,022,775 Covid-19 vaccine injections. That includes an estimated 147,675 shots given on Thursday, which pushed the moving average up again to 131,643.

The Netherlands was edging closer to meeting its target for the calendar week of nearly 963 thousand doses.