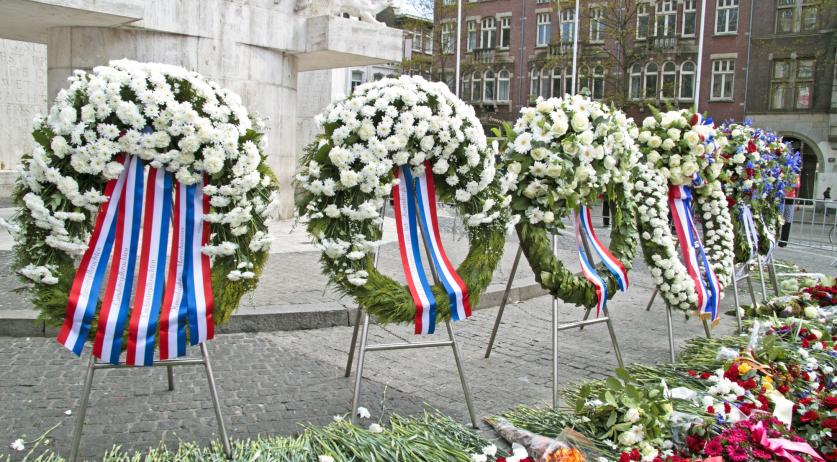 The Netherlands is honoring the victims of the Second World War on Remembrance Day on Tuesday. For the second year in a row, most of the ceremonies are held online or without public due to the ongoing coronavirus health crisis. The national commemoration at Dam Square will be broadcast on NPO1, and a two-minute moment of silence will be observed at 8 p.m.

King Willem-Alexander and Queen Máxima are set to attend the National Commemoration, which was organized without attendees. The King also gave a speech last year marking the first time a Dutch head of state spoke on Remembrance Day. A small group of speakers and musicians will also take part in this year’s event.

The annual May 4 commemoration at The Honor Roll of the Fallen monument took place on Tuesday morning in the Statenpassage of the Tweede Kamer. The chair of the house, Vera Bergkamp, gave a speech and, together with the Eerste Kamer chair Jan Anthonie Bruijn, laid a wreath on the monument.

Most Dutch municipalities organized their own local commemorations. With the coronavirus measures in force, these have also been taking place in scaled-down form.

The National Committee for 4 and 5 May called on everyone in the Netherlands to hang the Dutch flag at half-mast throughout May 4, similar to last year. With high winds throughout the day, this was impossible in many places.

Liberation Day is observed on May 5 as a more celebratory day. It is a national holiday next in 2025. Last year's celebrations were cancelled due to the coronavirus pandemic.