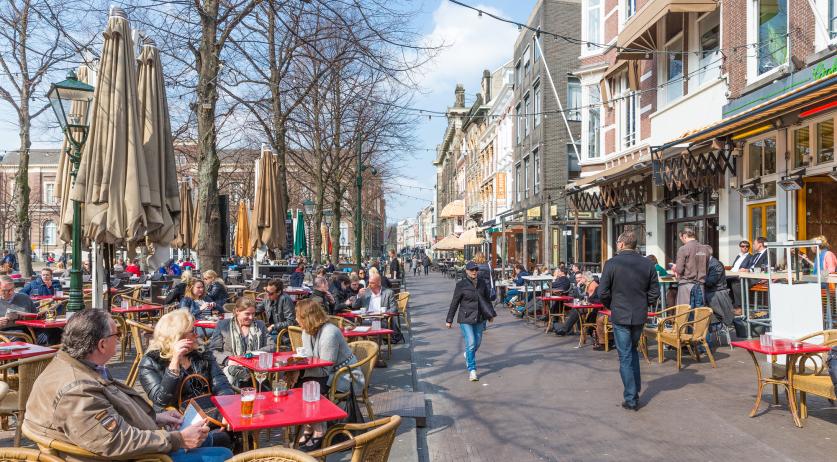 Cabinet discusses coronavirus reopening plan; dates may be postponed by a week

Part of the outgoing cabinet will discuss whether it is possible to start with an intended opening plan at the end of April, including a reopening of terraces. The ministers most involved in the coronavirus crisis will meet at the Prime Minister's official residence on Sunday afternoon to discuss the latest developments of the virus with national health experts, including the head of the Dutch public health agency RIVM Jaap van Dissel. Until now, planned relaxation had always been postponed.

The cabinet wants to get society out of the hard lockdown in six steps in the coming months, provided that the figures go in the right direction. A first step is planned for April 28. In addition to the terraces, it also concerns the abolition of the curfew, and home visits will be extended to two people per day. In addition, shops would get more opportunities to make in-person sales. From April 26, the colleges and universities would also reopen for at least one day a week for physical education.

But in recent days, Prime Minister Mark Rutte has been gloomy about whether everything will work out this month. If it does not work, the implementation of the plan will be postponed for a week. The cabinet has said that it will now decide on the situation and possible downsizing on a weekly basis. According to insiders, it is also possible that only one or two of all the relaxations devised in the first step will be implemented in April.

A downscaling depends on the daily admissions of corona patients in hospitals because they still cause enormous pressure, reported Rutte and healthcare minister Hugo de Jonge last Tuesday. They want the peak of the current third corona wave to be reached first. However, the average number of new infections rose again in the past seven days. The seven-day rolling average on Saturday was the highest since mid-January.

From Monday, after-school care will reopen, under the same conditions as the primary schools.