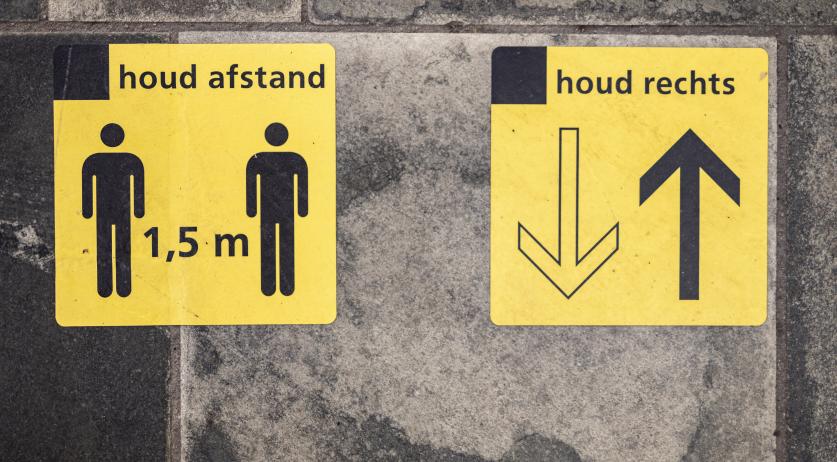 The vast majority of Dutch people who have already been vaccinated against Covid 19 still adhere to the coronavirus rules in a disciplined manner, according to research carried out by TV program EenVandaag. The survey involved 5,576 people who received at least one jab.

The research found that nine in ten vaccinated people still adhere to the coronavirus measures after receiving a shot. One in twenty people said they were less likely to comply with the measures after the injection.

Most surveyed participants answered that they kept following the rules out of fear they could still transmit the virus to their loved ones who have not yet been vaccinated. A smaller number of people said it was because they still felt the risk of getting infected themselves.

"I feel more protected, but people in my environment are not yet. I don't want to pass on the virus to anyone," one of the participants said.

About 13 percent of vaccinated people indicated they were likely to hug their family members and friends again after the injection. Five percent planned to do that immediately or two weeks after the first shot, and eight percent immediately after the second dose.

These people emphasize limiting this circle to a few people, but for them, the risks no longer outweigh the lack of contact with loved ones. "The fear of getting infected is almost gone. After the second shot, I will definitely visit my grandchildren who I have not seen for nine months. That is far too long", another participant said.

Research also found that people who received their shots of the Covid-19 vaccine did not necessarily feel more free, with 61% of them stating the vaccination does not make a big difference to them in that term.

"I'm not more free yet. But when I left the vaccination site, I felt that freedom is in sight", another panelist in the study said.