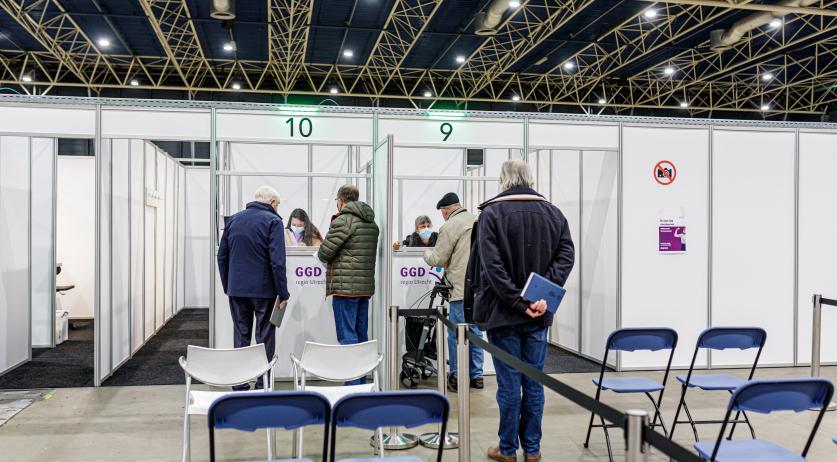 The GGD Utrecht will offer adults the possibility to receive their Covid-19 vaccine shots until 11:45 p.m. at the Jaarbeurs in Utrecht. The expanded opening hours will start on April 21 at the location, which also serves as an extra-large coronavirus test center.

The pilot project is the first of its kind in the Netherlands, with GGD sites mostly open only from 8 a.m. to 8 p.m. Up until now, Health Minister Hugo de Jonge had said there was little reason to expand the time period in which vaccine shots were given either by the GGD or by general practitioners because of the scarce availability of vaccine doses.

Anyone with a vaccination appointment is exempt from the curfew rule provided they are carrying a copy of the mandatory self-declaration form, and a confirmation of the appointment.

The GGD will investigate how great the demand is for evening opening hours amongst the population. Should the pilot project go wel, more locations could also be told to keep their doors open for longer periods of time.