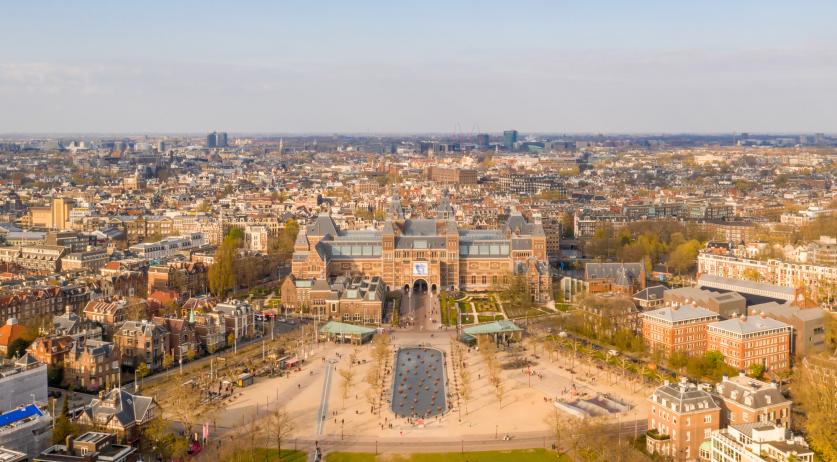 The Museumplein in Amsterdam was crowded with partying groups of young people on Wednesday evening. The police eventually cleared the square. One person was injured in a brawl and taken to hospital by ambulance, a police spokesperson confirmed to Het Parool.

The square started to get crowded by 2:15 p.m., when the city closed the gates to the already crowded Vondelpark. At 7:30 p.m., when the police cleared out the park, large groups gathered on the Museumplein. People climbed fences, lit fireworks, and threw glass bottles at the police, while music was playing and drinks were had, according to the newspaper.

"Too large a group of people did not comply with the corona measures, did not allow themselves to be addressed by the police and enforcement, and displayed aggressive behavior. After several warnings, we decided to evacuate," Amsterdam mayor Femke Halsema said to the newspaper.

Amsterdam broadcaster AT5 had reporters at the scene. Many of the young people they spoke to acknowledged that the square was too crowded, but added that there is a great need for the lockdown to be relaxed. "It just really feels like a party and like it's a festival. We just miss this a lot. That's the reason it's like this," a young woman said to the broadcaster.