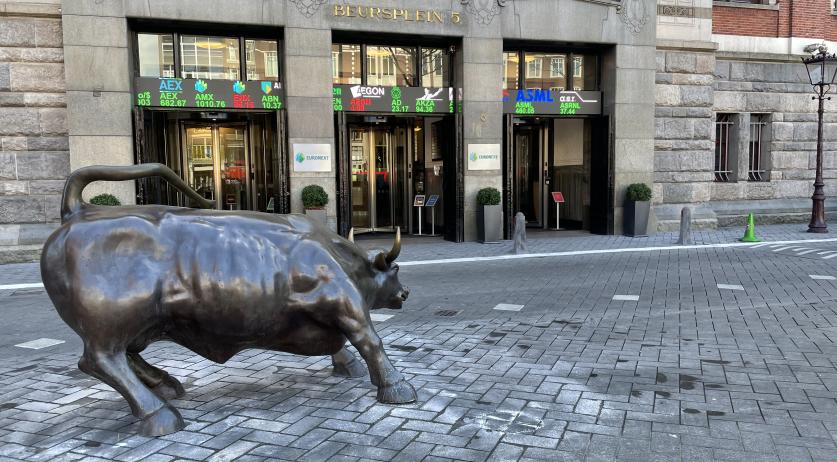 The Amsterdam AEX index reached its highest level ever at 703.32 points on Wednesday, breaking the previous record from 21 years ago, ANP reports.