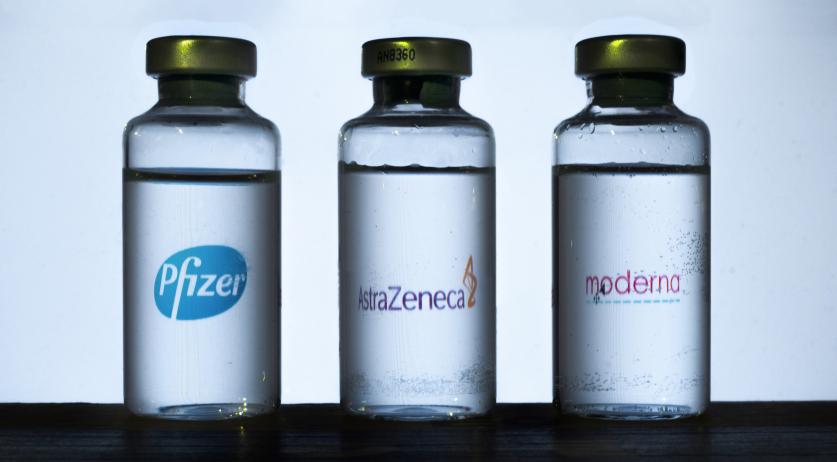 The first three vaccines against Covid-19 approved for use in Europe were made by Pfizer, AstraZeneca and Moderna. February 2021 - Source: cristianstorto at DepositPhotos
Health
Coronavirus
Covid-19
covid-19 vaccine
Lareb
AstraZeneca
Comirnaty
Pfizer
Biontech
Moderna
Share this:

A study of nearly four thousand women aged 21 to 65 who were given a Covid-19 vaccine showed that women are far more likely to develop side effects when given the vaccine made by AstraZeneca versus Comirnaty, made by Pfizer/BioNTech. The survey, carried out by Dutch side effects research organization Lareb, looked at voluntary reports submitted by 3,331 women who were given a first dose from AstraZeneca and 599 who received the first Comirnaty injection.

Roughly two-thirds of women who were given AstraZeneca jabs reported headaches, fatigue, muscle strain or generally feeling unwell. About 39 percent said they developed a fever of over 38 degrees Celsius, which lasted for up to two days.

That was about double the percentage of women who reported headaches, fatigue or muscle strain, and triple the rate in which women said they felt sick. Just five percent of women using Comirnaty reported having a fever for a short duration.

While the survey sample size was large enough to create comparisons, it still had an inherent flaw. "It can also be an overestimate, because someone who experiences side effects may be more likely to complete the questionnaire," Lareb wrote in a statement. Over 3,600 of the women who participated are healthcare workers.

The organization also said that the rate in which women from 21 to 65 tested positive would not necessarily translate to other segments of the population. It also said it was busy trying to determine the rates in which side effects occur after a second dose of AstraZeneca and Comirnaty. Lareb was also gathering data pertaining to the Moderna vaccine.

The three vaccines are the only products in use in the Netherlands. The one-shot vaccine from Johnson & Johnson was expected to enter the market in April

Separately, Lareb also received 80 reports of extensive swelling or redness at the injection site up from those given Comirnaty. This was not broken down by gender or age, and is a known side effect of DTP and flu vaccines. The side effect developed within two days in people who received the shot between January 6 and mid-February.

"The swelling can be painful and so extensive that it even extends over the shoulder or elbow," the organization said. "The complaints disappear on their own, usually within four to five days."

Cooling the affected area was helpful.