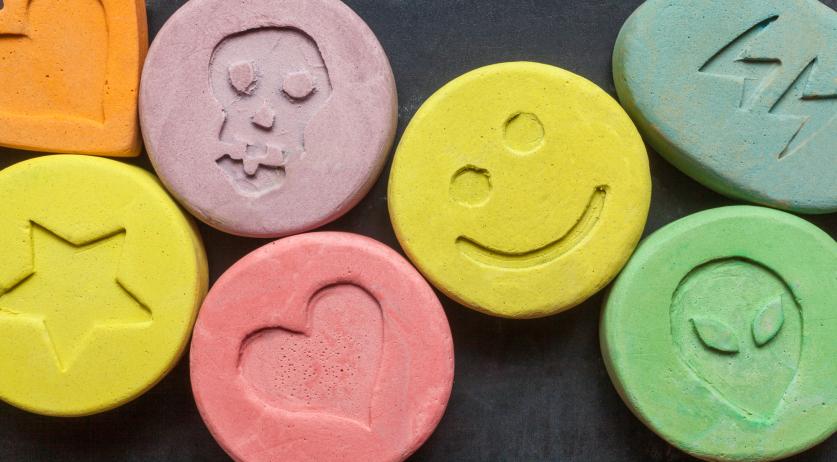 During the first coronavirus lockdown between March and June last year, the Netherlands' nightlife crowd used significantly less party drugs like ecstasy and amphetamine than in the same period in 2019. They also drank less alcohol and smoked less tobacco, though they did smoke more weed, according to a study among people between the ages of 16 and 35 by the Trimbos Institute, NOS reports.

"This is of course due to the lack of parties and festivals," Margriet van Laar of the Trimbos Institute said about the lower use of party drugs. "Probably a rebound can be expected there, as soon as they are allowed again. Young people crave parties, and for many ecstasy is part of that."

Most respondents said that they used less alcohol, tobacco and drugs because they couldn't go out and be with friends. Nevertheless, 83 percent still met with friends during the lockdown, and 40 percent attended at least one illegal house party.

After lockdown measures were relaxed in June, the use of a number of drugs increased. This may be due to the measures relaxing, but young people always tend to use more drugs in the summer than the spring, Trimbos said.

Trimbos also noted that the lockdown is impacting young people's mental health. Nearly a third of respondents were classified as "psychologically unhealthy", reporting stress, loneliness and other mental health problems.

"The combination of psychological complaints and substance use increases the risk of a bad experience, but also of addiction, " Van Laar said. "People can adapt, but many of the reasons for using more drugs are still there. Financial problems are also a risk factor for addiction and they also play a role."