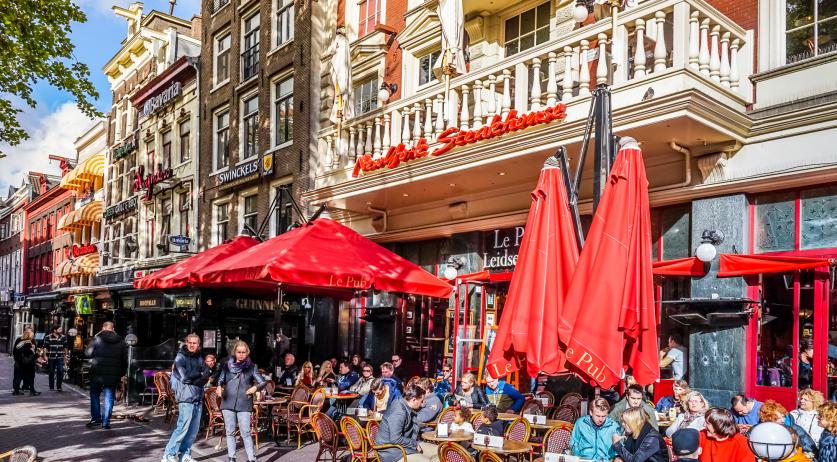 If there were a guarantee that opening terraces would lead to fewer gatherings elsewhere, and it would be well regulated, then virologist and Outbreak Management Team (OMT) member Menno de Jong is in favor of opening terraces. He tells the Amsterdam broadcaster AT5.

Among other things, the Vondelpark was evacuated two weeks ago, after the municipality had asked thousands of people who were close together to leave. Last Tuesday, catering entrepreneurs opened their terraces outside in protest. They think they can reopen responsibly.

But whether such a guarantee with open terraces could be realized, De Jong doubts. "I don't know whether the groups of people who party or demonstrate in the Vondelpark or on the Museumplein care about anything at all," he said.

If the virologist looks purely at the figures of the pandemic, including the contamination figures for the British variant, there is no room for relaxation. "But if we then look at society, there is of course reason for more relaxation. It is, of course, always a trade-off between the risks and other risks of what happens in society with the well-being of people."