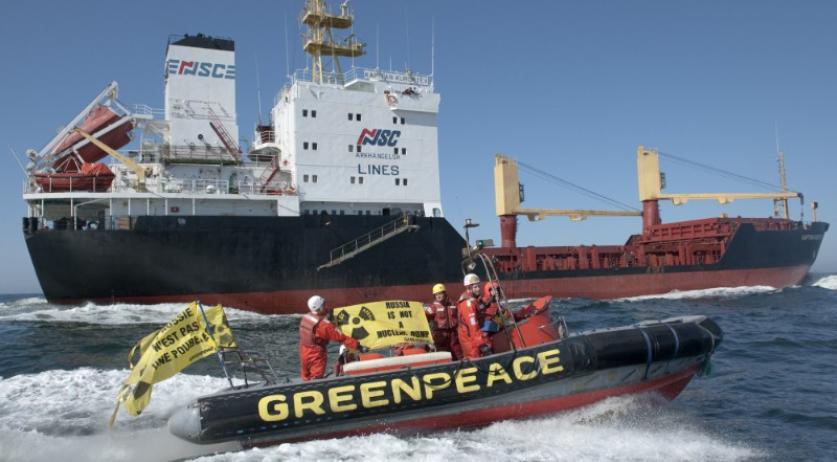 Angry North Sea fisherman laid twenty to thirty rocks in front of the headquarters of environmental organization Greenpeace on Saturday. There were also banners and posters, which have since been removed. It is most likely a reaction to the dumping of boulders in the North Sea by Greenpeace.

"Fishermen bring back dumped stones," "dumped stones deadly to fishermen," and "Greenpeace illegally dumps stones in the sea," were read on banners and posters hanging on the windows of the Greenpeace headquarters in Amsterdam. In addition to the posters, about twenty to thirty stones were dumped in front of the building.

It seems to be a reaction of angry North Sea fishers to Greenpeace. The activists of the environmental organization have, once again, thrown large natural stones into the North Sea. The stones aim to make sure that the fishers can no longer work with trawls in the area in question.

Last year, a rock was also laid in front of the same head office in Noord-Holland, which was also a reaction to the dumping of stones in the North Sea by Greenpeace. At the time, the action was organized by members of the Dutch Association of Trawler Fisheries (VisNed), but a spokesperson said he did not know anything about this action and that his association "does not want anything to do with it."

Greenpeace said it would invite the fishermen "for a cup of coffee to talk about nature conservation" and emphasizes that the Council of State has already determined that the actions of the environmental organization are safe.