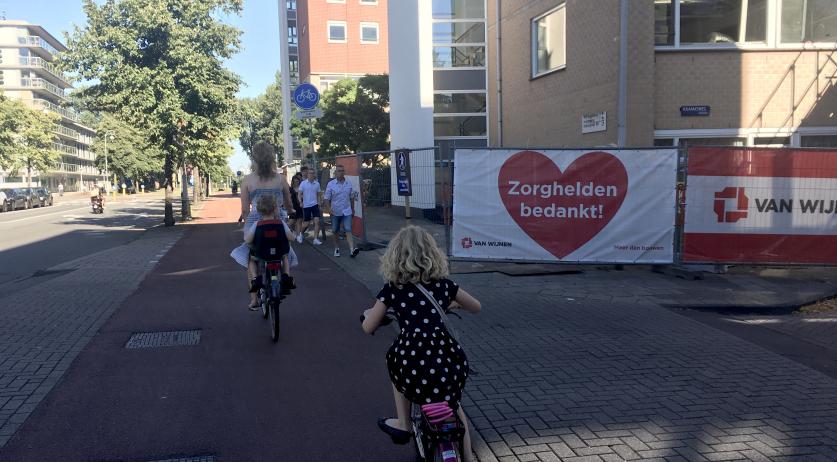 Most Dutch still good one year into Covid crisis, but societal gaps increasing

One year since the start of the coronavirus crisis, Netherlands residents on average still have a high quality of life. Although the differences between groups are increasing, social and cultural planning office SCP said in the report A year with corona. In general, Dutch people turned out to be resilient, but that does not apply to certain subgroups, according to the researchers, NOS reports.

The crisis affects everyone, because it is simultaneously a health crisis, economic crisis, and social crisis. But young adults and self-employed people are particularly struggling in the coronavirus pandemic. As are people who immigrated to the Netherlands in the past generation or two, and people with a low education level.

"Take people who are at a distance from the labor market, for example," researcher Mirjam de Klerk said to NOS. "The problems are piling up for them. Participation in the labor market did not go well before the corona crisis, but that will only get worse after the crisis." According to her, this group of people tends to work in the sectors hit particularly hard by the pandemic - hospitality, events, through employment agencies.

The SCP also raised concern about vulnerable children living in lower social-economic conditions. Distance learning makes them more at risk of falling behind in their school work, which could ultimately lead to a lower level of education and thus less opportunities on the labor market.

In the first months of the crisis, there was still a feeling of going through this together. But in the second wave of coronavirus infections, more friction arose between groups, according to SCP. "Especially between young and old and between sick and healthy people,"  De Klerk said, referring to many people blaming young people for the high number of coronavirus infections in October as an example.

The pandemic is also causing a lot of psychological pressure and loneliness, especially among the young and the elderly, the SCP said. The agency called on Netherlands residents to look out for themselves and those around them, and on aid workers to actively approach people they believe may be in trouble. "Because often people who are in psychological distress are unable to ask for help," De Klerk said.

The government's coronavirus support measures so far meant that the economic consequences of the pandemic weren't too bad for many people. But that will change if the economy shrinks further, the SCP warned. Unemployment and dissatisfaction will rise hand-in-hand. "Employers are advised to focus on retraining and further training, although they may be less inclined to do so in times of crisis. And also have a look at the contracts. Adjust the contractual hours to market conditions, offer fair prices for temporary contracts," De Klerk said.