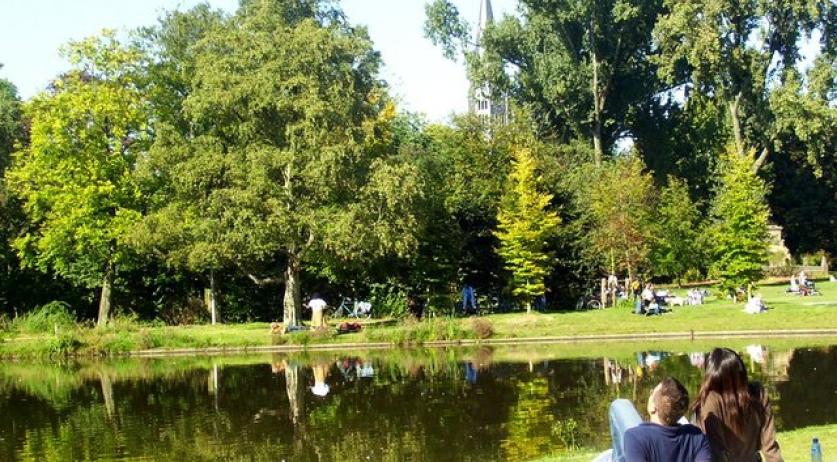 Hundreds of people party at Vondelpark in Amsterdam

Police intervened in an illegal party with hundreds of attendees at the Vondelpark in Amsterdam on Sunday evening. Around 7 p.m. there were approximately 500 people present, a witness said to AT5.

Police ordered party-goers to leave at around 7:30 p.m. Some people chose to stay, however. In the end, nearly everyone departed when dozens of police cars arrived at 8:15 p.m.

“We were prepared to intervene and did so as well”, says a police spokesperson to NU.nl.

The warm weather attracted many people to the park throughout the day. The party itself was mostly comprised of people from an earlier illegal demonstration against social restrictions at the Museumplein. Many of them were young people.

On social media, photos and videos showed people standing shoulder to shoulder with one another while dancing and singing along to songs.

Vondelpark in Amsterdam last night. Celebrating the imminent arrival of the next wave... pic.twitter.com/N3mzpMXTCt