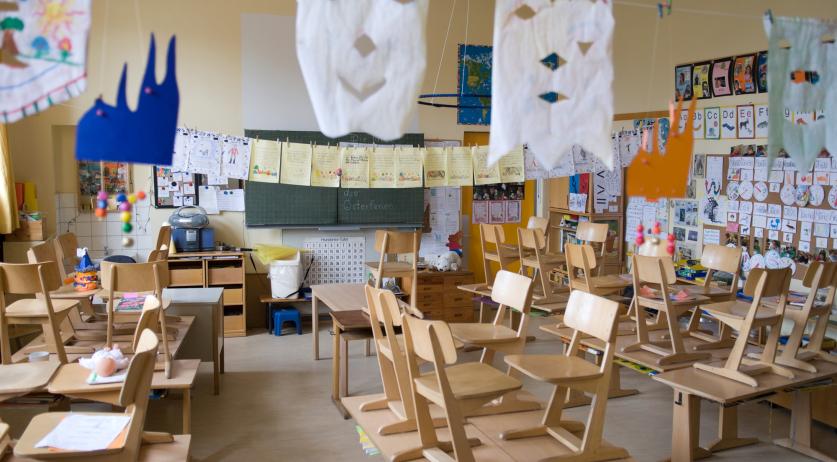 Multiple primary schools and daycare centers will remain closed on Monday due to a code red weather alarm issued by meteorological institute KNMI. The same goes for GGD test and vaccination centers, which won't open their doors before noon.

The KNMI warned of extremely dangerous driving conditions due to icy roads caused by a combination of rain and freezing temperatures. Netherlands residents were urged to avoid traveling unless absolutely necessary on Monday morning.

Schools in Drenthe, Groningen, Friesland, OverIjssel and Gelderland announced that they would remain closed on Monday, the regional broadcasters reported. "We don't find it responsible to expect our teachers and pupils to come to school. There is also no emergency daycare. We count on your understanding," Albert Helder of Friesland educational organization Proloog said to Leeuwarder Courant.

PO-Raad, the council for primary schools, advised parents to keep an eye on the ouder-app - an app for communication between schools in parents - for information about schools being opened or closed.

Municipal health service GGD announced that its test and vaccination centers will be closed at least in the morning. People with an appointment for Monday morning will be rescheduled, the health service said to NOS. The GGD will try to contact everyone affected, but advised people with an appointment to keep an eye n the GGD site for current information.

The HU University of Applied Sciences Utrecht also announced that its buildings will be closed on Monday, until at least 1:00 p.m.