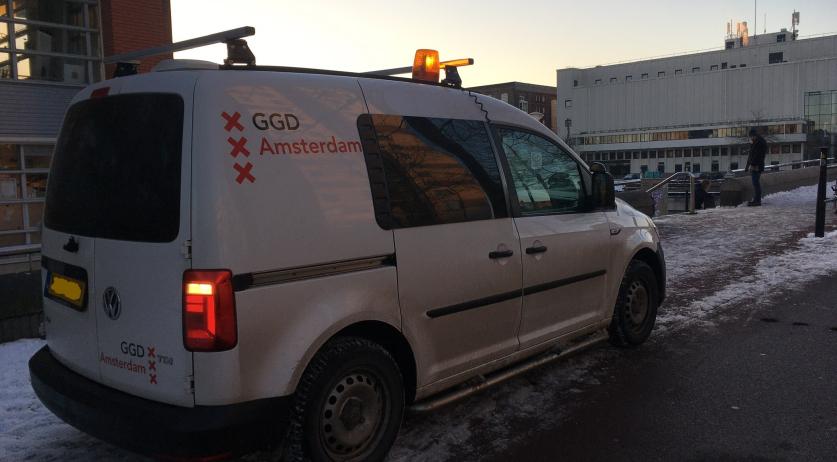 Covid-19 infections continue to decrease; seven-day average down by 14 percent

The Dutch public health agency RIVM reported another 3,497 cases on Sunday. In the past week, a total of 23,861 people tested positive for the virus. This is a 14 percent drop compared to the same period last week.

The three cities with the highest number of infections were Amsterdam (191), Rotterdam (91), and The Hague (85). In the capital, infections increased by 22 percent compared to last week. However, in Rotterdam, Sunday's infections represent a 22 percent decrease compared to the previous week. In the Hague, there was a decrease of 13 percent versus last week.

Meanwhile, the number of hospitalizations also remains on a downward trajectory. On Sunday, the national patient coordination center LCPS reported a total of 1,859 patients being treated for Covid-19. This was a net decrease of 4 patients compared to the previous day. Among the patients, 1,329 are stationed in regular care units, four more than on Saturday. The other 530 patients are currently in intensive care, down eight compared to the previous day.

The total number of hospitalized patients went down by six percent compared to the previous week. Following this trajectory, we can expect the number of Covid-19 patients to be around 1,747 by this time next week.

In the 24-hour period leading up to Saturday afternoon, hospitals admitted 154 new patients. Among them, 135 were added to regular care units. Another 19 patients were moved to IC units.

Another 23 deaths were also reported as being caused by Covid-19, the RIVM said. That brought the seven-day average to 60. Fatal cases of the coronavirus disease went down by two percent for the week, the RIVM data showed.

An estimate from the RIVM also showed that 754,365 doses of coronavirus vaccines have been administered since January 6. That was an increase of 29,190 in one day. In the past seven days, the average number of vaccinations was 381,619.