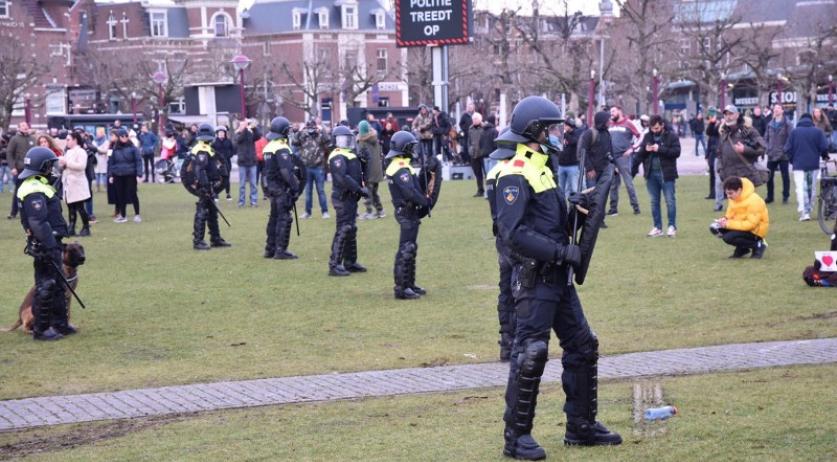 13 riot police officers have Covid after riots; 43 cops in quarantine

Thirteen riot police officers who were deployed in the curfew riots in Oost-Brabant last week, tested positive for the coronavirus. The infections resulted in 43 police officers going into quarantine, Omroep Brabant reports.

20 of the quarantined cops have tested negative for the virus, the other officers will be tested this week, a spokesperson for the police said to the broadcaster.

"Just like any police officer, riot police try to keep a distance of 1.5 meters as much as possible. But due to the nature of the work, this is not always possible. The risk of infection is therefore greater," the spokesperson said. He added that the police are struggling to fill schedules. "Nevertheless, the capacity on the street is not jeopardized by the extra sick."

The police want riot police officers to be given priority for a Covid-19 vaccine. "As the police, we argue for priority for colleagues who are in front and end up in unexpected situations, in which they cannot adhere to the corona measures an therefore run more risk of becoming ill," the spokesperson said.