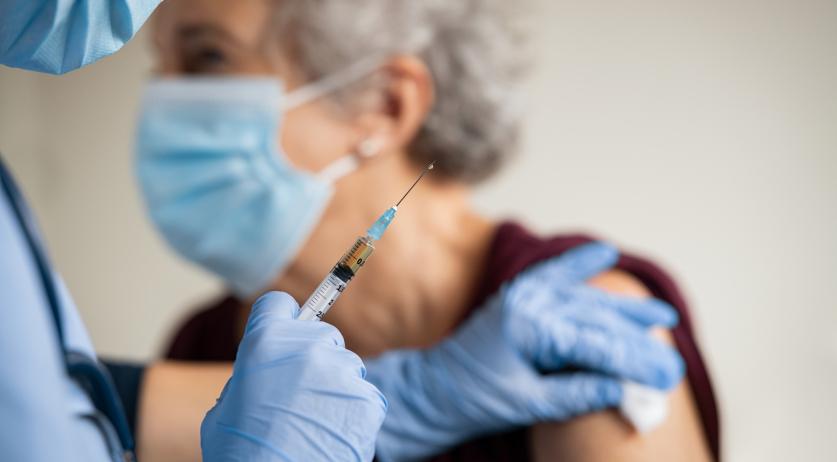 Ernst Kuipers, chairman of the national acute care network LNAZ, thinks that the Netherlands needs to considerably speed up the rate at which it is vaccinating people against the coronavirus, he said on talk show Jinek. Public Health Minister Hugo de Jonge told AD that the vaccinations are going as fast as they responsibly can.

According to Kuipers, the number of vaccinated people can be increased by half a million "within a week". The Netherlands currently has 500 thousand vaccines in stock, but most of them are being reserved to give people their second shot, he said on Jinek. But even if protection against the coronavirus is not optimal after the first injection, it does considerably lower the chance of someone ending up in intensive care, he said.

"You can do that extra 500 thousand very quickly. The [municipal health services] GGDs can do it, because they are fully trained for this. The hospitals can help. The GPs can help," Kuipers said. According to him, this does not even require an overhaul of the current vaccination strategy, in which the elderly in nursing homes and the staff at those home are vaccinated first.

Minster Hugo de Jonge of Public Health told AD that the Netherlands will increase vaccination considerably in the coming weeks, but that using up the entire stock now is irresponsible. "We have to make sure that soon we also have enough stock to be able to guarantee the scheduled injections. That is always a difficult decision to make," he said. "It's all about one thing: are enough vaccines coming in? That determines the pace of vaccination."

On Thursday, the European Medicines Agency stressed that with the Pfizer vaccine, it is really important to give the second dose after the prescribed three weeks. Last week, De Jonge said he planned to push that to six weeks.

De Jonge said that he is disappointed that the Netherlands is lagging behind the rest of Europe when it comes to vaccination speed, but he believes the backlog will be worked away within a month. "In the next two to three weeks, we are going to inject more than comes in. That means that within a few weeks we will be caught up, we are really catching up," he said.

But this will have consequences for future vaccinations. "In the eighth week we already know, given the planning, that the stock will be so small that you can barely see what is going on the agenda the following week."