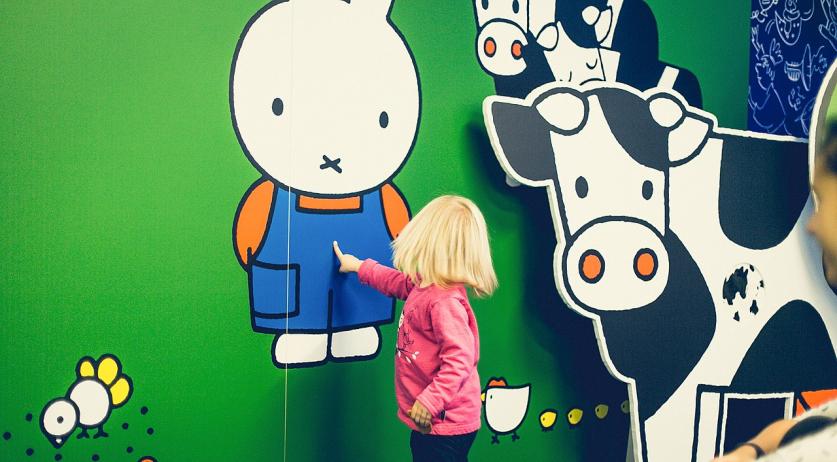 An artist in the Chinese city of Guangzhou is facing plagiarism accusations on social media over an exhibition featuring a "rabbit-duck" character, which looks suspiciously like Dutch character Nijntje with a beak instead of a cross for a mouth.

Artist Feng Feng, a professor at the art academy in Guangzhou, claims to be unaware of any harm. A statement attributed to him on Chinese social media platform Weibo states that "commercial symbols belong to public knowledge and information". He said he's been working with the "rabbit-duck" concept for 30 years, based on the optical illusion that could be a duck or a rabbit depending on how you rotate the image. Beaked Nijntje, known as Miffy abroad, grew from that work, he said.

Nijntje publisher Mercis is aware of the images, spokesperson Marja Kerkhof told NL Times. They were easy to find on social media, she said. "It is very unlikely that these drawings are not plagiarized. Nijntje is very well known in China and the drawings are exactly the same."

Kerkhof could not say how the publisher planned to proceed in this issue.

Feng feng, a professor from Guangzhou Academy of Fine Arts is accused of plagiarism - ppl noted how much the works at his solo exhibition resemble Dick Bruna’s Miffy. But he has denied it, saying all public symbols, esp commercial ones, are artists’ creative “vocabulary”. pic.twitter.com/g5Y0cYN8G4