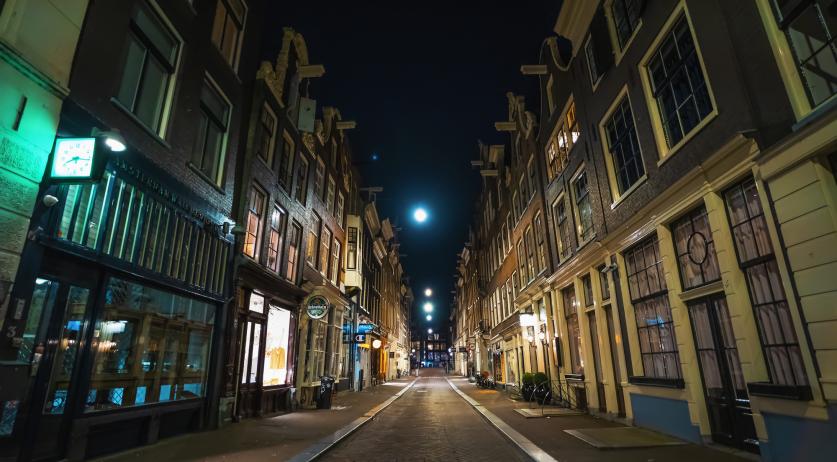 The government will implement a curfew in the Netherlands from Friday in which people will not be allowed to leave their homes between 8:30 p.m. and 4:30 a.m., sources in The Hague told RTL Nieuws. Other measures will also be announced in a press conference on Wednesday, including an urgent advice to receive no more than one visitor at home, a flight ban from the United Kingdom and South Africa, and a further limitation to funeral attendees, the broadcaster's sources said.

The curfew is starting and ending half an hour later than previously proposed. This is to allow supermarket staff time to get home before the start of curfew, according to political commentator Frits Wester. The curfew will be in effect at least until the end of the hard lockdown, set to end on February 9.

The Outbreak Management Team concluded that this curfew will reduce the number of coronavirus infections that happen at home by 10 percent, Wester said. It is expected that the government will accept this proposal.

Other measures the government will announce today, according to RTL's sources, include an urgent advice to only have one visitor at home, instead of two. The maximum number of attendees at funerals will decrease from 100 to 50. And no flights will be allowed to and from Great Britain and South Africa, where highly contagious strains of the coronavirus are currently running rampant.

The Security Council, which consists of the mayors that chair the 25 security regions in the Netherlands, discussed the curfew with Minister Ferdinand Grapperhaus of Justice and Security on Tuesday. They concluded that if the government does implement a curfew, it must be done with as few exceptions as possible.

Hubert Bruls, chairman of the Security Council and mayor of Nijmegen, referred to the first days after the closure of non-essential stores in December, NU.nl reports. There was a lot of uncertainty about which stores could stay open and which not. That situation must be prevented with a curfew. "It must be as tight as possible. Exceptions must be limited rather than expanded," he said.

According to Bruls, clarity will also make it easier for police and enforcement officers to enforce the curfew.

This morning, the Ministers most involved in the fight against the coronavirus will meet in the ministerial crisis committee. After that, they will hold a press conference to announce new measures. The press conference is expected in the early afternoon, probably around 1:00 p.m.