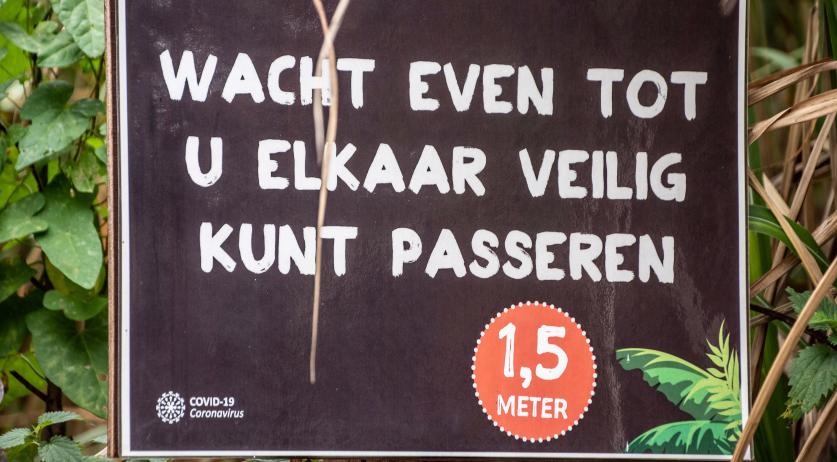 While the number of daily coronavirus infections is currently falling in the Netherlands, stricter measures like a curfew or a ban on visitors are still necessary to prevent a new spike in infections due to the spread of the highly contagious B117 strain of the virus in our country, two experts explained to Nieuwsuur.

"Although the lockdown is working, we expect that with only the current measures the infections will increase again because of the British variant," epidemiologist and behavioral scientist Esther Metting said to the program. "And then healthcare, which is currently only just coping, gets into huge problems."

The B117 variant, which was first identified in the United Kingdom, is not more dangerous in terms of how sick you get, but is more infectious, health economist and epidemiologist Koen Pouwels, who is conducting large-scale coronavirus research at Oxford University, explained. Pouwels and his team has been testing people for the B117 variant since April 26. "Our study is based on 1.5 million samples. The latest important finding is that the new variant is 30 percent more infectious than the old one."

That is less infectious than initially thought, but still a huge problem. "It is still a lot more contagious than other variants and that really presents a major problem. In the long run, this variant is more dangerous for the population than, for example, a variant that is 30 percent more deadly," Pouwels said.

The Outbreak Management Team expects that the B117 variant will be the dominant coronavirus in the Netherlands by end February. The first variant will then be at a relatively low level, but any gains will be offset by the advance of the new variant and coronavirus infections will increase again from March. "In the Netherlands we test randomly for the British variant and you can see that in three weeks the presence of the variant went from 1 to 12 percent," Metting said.

Stricter measures are therefore inevitable, both Metting and Pouwels said tot he program. "You have to take a measure that reduces the number of contacts," Pouwels said. That could be a curfew, or further limiting the number of visitors people can get. Now Netherlands residents can receive two visitors per day. "I think that's quite a lot, because in theory you could infect 14 people a week. If you see a maximum of one household, that route of contamination can be contained."

The United Kingdom only realized that there was a new variant that was extra infectious when infections started climbing again despite the lockdown. The country was therefore too late to take extra measures to prevent a rapid climb in the curve. "The advantage for the Netherlands is that it can keep an eye on the new variant and a situation like the one and England can still be prevented," Pouwels said.

Waiting for infections to rise again, so that it's easier to convince people of the need for additional measures, is too risky, Metting added. "I would say: Let the government, which is always late, be on time for once. Extra measures, on top of the current ones, are now simply inevitable. That could be a curfew, a ban on visitors, a distance restriction around your house."

Minister Wopke Hoekstra of Finance said on Monday that there will be more clarity on whether or not a curfew will be implemented later this week.