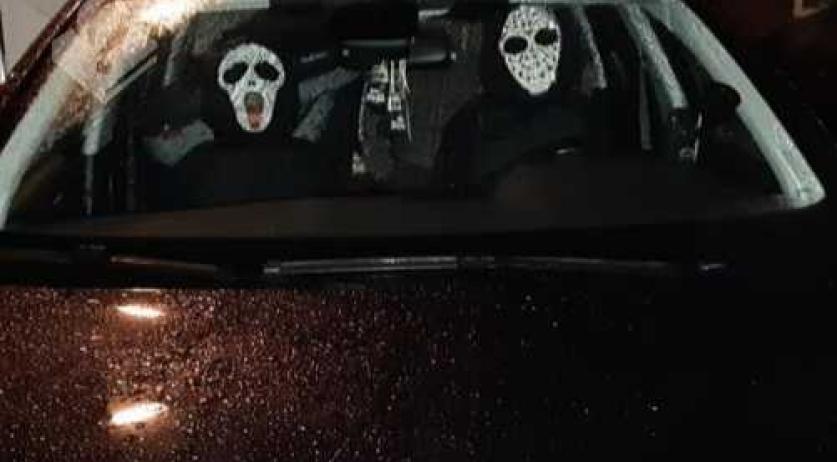 Passers-by in the Laak district of Den Haag must have thought they stepped into a real-life horror film. Police were called to the Goeverneurlaan Thursday night after they received a call that two people with masks from the 2001 blockbuster ‘Scary Movie’ were sitting in a car.

After a short search, police found the car in question and were able to defuse the situation.  The suspicious circumstance turned out to be two masks pulled over the front seats of a car.

The officers understood how with little light it could seem as if two menacing figures were in the vehicle. “In the dark, it seems as if people with masks are sitting in the car”, the Laak police department stated on their Facebook page.

Authorities were not upset about being called in vain. “We are happy with attentive citizens and rather be called one time too many than too little”, the police department writes.