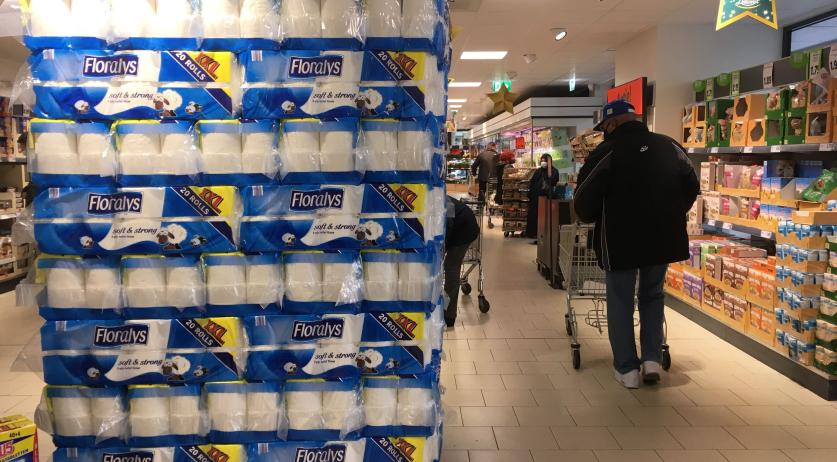 More than 40 percent of all grocery stores are willing to open their doors on New Year’s Day, more than double compared to last year. Grocers want to avoid rush hours and crowded areas during the pandemic.

In 2019, only 19 percent of supermarkets were open on January 1. This year, 259 of the 355 Dutch municipalities will have at least one supermarket open on New Years Day, according to BD. In more heavily populated areas, at least half of the supermarkets will remain open. In Breda, for example, 71 percent of grocery stores were planning on servicing their customers this Friday.

Opening hours have also been extended in some areas. In 83 municipalities there is at least one store that will open its doors before 10 a.m., earlier than normal for the first day of the year.

However, on New Year’s Eve, only ten percent of supermarkets will still welcome shoppers past 7 p.m.

Numbers rank lowest in smaller municipalities and in towns along the Bible Belt. In Noord-Brabant, seven municipalities will not have an open supermarket on the first day of the New Year and in Den Bosch, only two percent of retail food stores planned on conducting business, BD reported.

A number of franchises extended their opening hours during the Christmas holidays as well to avoid too many people gathering in one place. One Jumbo in Breda even stayed open for 24 hours to give shoppers the chance to do their groceries safely, while in Amsterdam several Albert Heijn branches opened up early in the morning and did not close their doors until almost midnight.