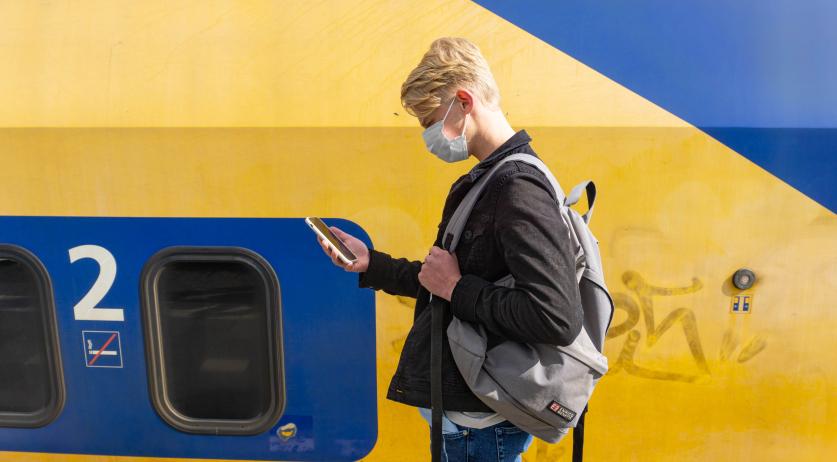 10% of travelers won't wear a mask on public transport

While the vast majority of Netherlands residents adhere to the rule that you have to wear a mask on public transport, transit companies are struggling with a group of around 10 percent of travelers who simply refuse to do so, OVNL, the umbrella organization for public transit companies, said to De Telegraaf..

The companies are doing everything they can to get these passengers to wear a mask, OVNL chairman Pedro Peters said to the newspaper. "For example, more enforcement officers are being used to monitor, but they cannot be everywhere at the same time," he said.

Public transport ombudsman Bram Hansma is aware of this problem. This "mask terrorism" is becoming increasingly irritating for other travelers, he said to De Telegraaf.

"For many frightened, vulnerable people this is also a reason not to use public transport anymore," Hansma said. He called it unacceptable that a small minority of travelers is decreasing the already low passenger numbers further by refusing to adhere to a simple rule.