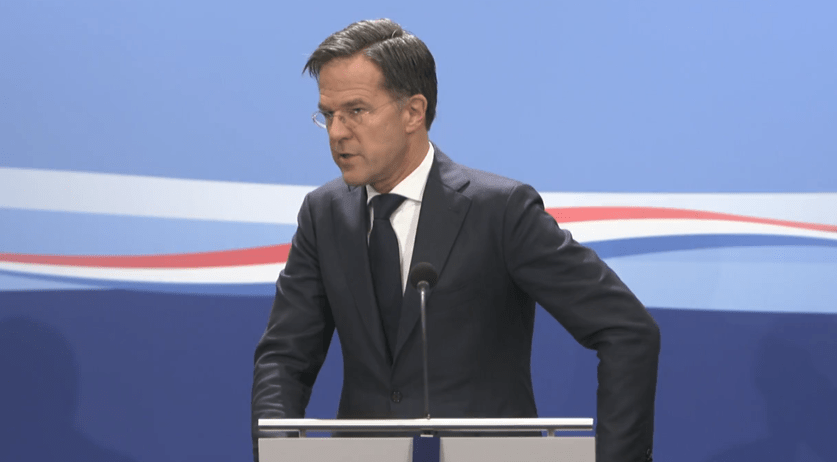 Rutte: School closures unlikely to stave off Covid; Would get vaccinated on camera

Prime Minister Mark Rutte said it was unlikely that Dutch schools would be forced to extend the winter holiday period for an extra week. The proposal was floated as one possible method to slow the spread of coronavirus by cutting down on the number of times people meet in person.

He said that a final decision has not yet been made. "We will review this over the coming days. We are going to see exactly what the numbers really show and what the experts say," he told reporters at a press conference following the regular Friday meeting of Cabinet members.

Likewise, he said it was not yet clear if any rules would be relaxed in time for the Christmas and New Year's holidays. On each of the past seven days, the RIVM said that an average of 5,044 people were diagnosed with the SARS-CoV coronavirus infection, down less than two percent compared to a week ago. The government had hoped for a much sharper reduction after November started with a steep drop in new cases.

Both school holidays and group sizes were likely to be addressed in a televised press conference on Tuesday evening.

"People understand very well that little is possible with these high contamination numbers," he said. He was concerned that there could be "too many risks" to allowing larger group sizes during the holidays. "That doesn't mean it can't be done, we don't know that yet. We will review that in the coming days."

The Prime Minister said he understood that there are members of the public who disagree with the advice given to the Cabinet about coronavirus policy, but he stated unequivocally that threatening members of the Outbreak Management Team is "totally unacceptable." He said that he was shocked by the threats against the OMT reported by Dutch news site Nu.nl earlier in the day, including claims that OMT members were harassed at their homes.

"These are people who are all the best in their profession and who are then inhibited by these kind of idiots," he noted. "They are doing good and important work," he continued. "Discussing the content is fine, but intimidation and threats are totally unacceptable."

Rutte was also pleased by the possibility that vaccinations against the infection could be available in January. Like Health Minister Hugo de Jonge, he said he would have no problem getting vaccinated in a publicly viewable way, just as former U.S. Presidents Bill Clinton, George W. Bush, and Barack Obama said they would get the shots on camera.

However, he and De Jonge do not belong to a high risk group, and Rutte does not want to send mixed messages about who needs to be vaccinated first. "As far as I know I have no underlying complaints and I am too young to be in the first group," he said. The elderly, those in vulnerable health, and healthcare workers are first in line for the vaccine, the government previously said.

Rutte suggested that former Prime Minister Jan Peter Balkenende could be a good candidate to get vaccinated on television. Of the idea, the former PM told RTL Nieuws earlier this week, "Any actions can of course only be taken in consultation with others, but I would consider it."