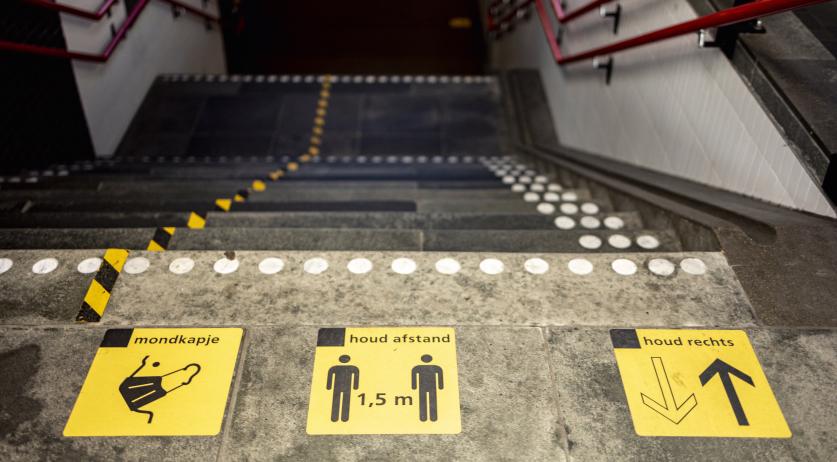 More Netherlands residents were sticking to the rules in place to curb the spread of the coronavirus, according to a recurring behavioral study by public health institute RIVM. Of the 64 thousand Dutch surveyed between November 11 and 15, 62 percent said they were avoiding crowds, compared to 52 percent in the previous measurement early in October. 58 percent said they got tested if they had symptoms, compared to 42 percent.

"These are two major changes in our behavior. These are positive developments because avoiding crowds and getting tested faster are good measures to get the epidemic under control," Marijn de Bruin of the RIVM said to NOS. When the survey was done in mid-November, the second wave of Covid-19 infections was just over its peak. "The behavioral change that we are seeing thus appears to be associated with a sharp decline in the spread of the virus."

The researchers also noted that in the six weeks between the early-October and mid-November surveys, about a fifth of Netherlands residents had to quarantine, because they they tested positive for the coronavirus, they had symptoms, their housemates had symptoms, or because they were in close contact with someone who tested positive for Covid-19. "If that continues, it means that in the coming winter months many households in the Netherlands will have to deal with a situation in which someone has to be in isolation or quarantine," De Bruin said to the broadcaster.

More than half of respondents said that they have confidence in the current approach to the coronavirus, 15 percent more than in October. Social distancing and not shaking hands are still the measures that are best observed, with 99 percent of respondents saying they stick to those rules.