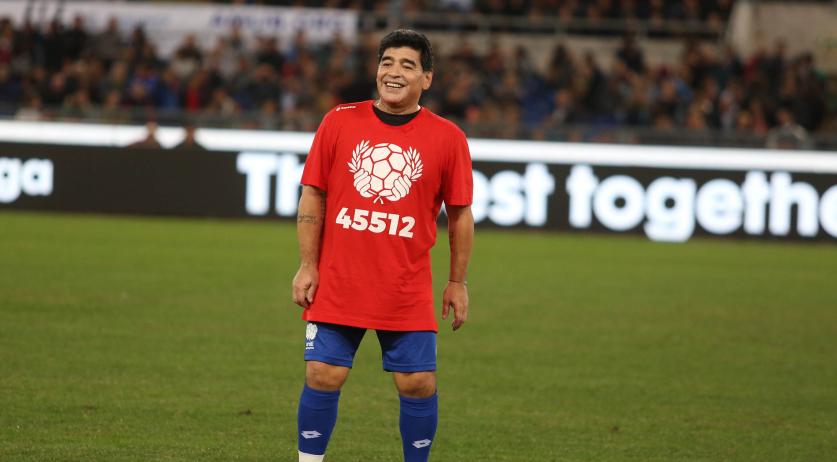 The death of Argentine football legend Diego Maradona at the age of 60 on Wednesday rocked the entire football world. Dutch clubs and players responded to news of his death en masse. "Your legacy will live forever. Rest in peace Diego," Robin van Persie said on Twitter.

Earlier this month, Maradona underwent surgery for a blood clot in his brain, NU.nl reports. He was recovering from that surgery at home in Tigre, a suburb of Buenos Aires, when he went into cardiac arrest and passed away on Wednesday. The Argentine government declared three days of national mourning.

Maradona was active as a football player from 1976 to 1997. He is considered one of the greatest footballers of all time.

Ruud Gullit, who played many matches against Maradona in their day, called him the best player he has ever seen. "You'll always live on in my heart and in the hearts of many football fans around the world. Rest in peace Diego," he wrote on Instagram.

Robin van Persie wrote that he is thankful that he was able to meet Maradona a few times. "An unbelievable player and a real joy to watch. But also an extremely warm and friendly person off the pitch. A true inspiration to myself and many others."

Feeling thankful I had the opportunity to meet you a few times. An unbelievable player and a real joy to watch. But also an extremely warm and friendly person off the pitch. A true inspiration for myself and many others. Your legacy will live on forever. Rest in Peace Diego ❤️⚽ pic.twitter.com/6Zr74KY4uo

A football legend passed away. 😢

A true football legend passed away.

It was an honor to have you in our stadium. Rest in peace, Diego Maradona 🌹 pic.twitter.com/38KAPadvHy