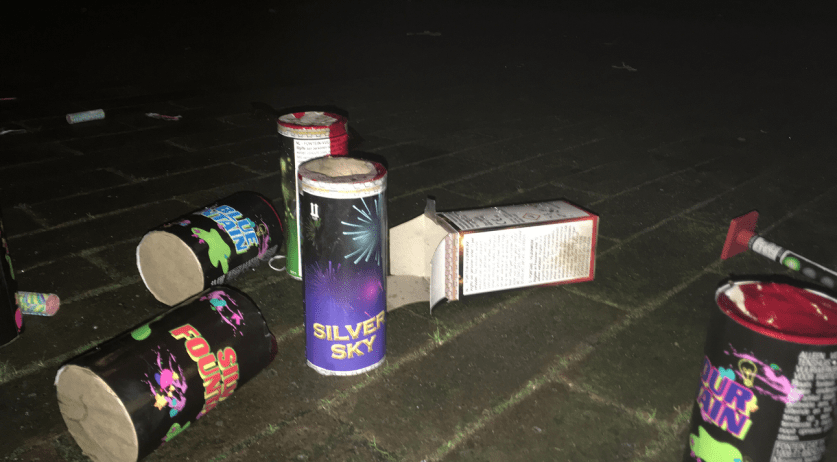 In addition to a ban on lighting and selling fireworks, the Dutch government will also ban the transport of fireworks this year, Minister Ferdinand Grapperhaus of Justice and Security said after meeting with the Security Council on Monday. This ban will allow the police to confiscate fireworks bought abroad, NOS reports.

Currently, Netherlands residents are allowed to have a maximum of 25 kilograms of legal fireworks in non-public areas, such as at home or in the trunk of your car. Once the new rules take effect, you will not be allowed to transport fireworks at all, not by foot nor by car. If you bought fireworks in Belgium, for example, the police can confiscate them as soon as you cross the Dutch border.

A number of mayors asked for a ban on the possession of fireworks, because enforcers are now only allowed to act if they catch someone lighting fireworks. If they only have the fireworks on them, nothing can be done. But Minister Grapperhaus called this too legally complicated. He pointed out that a ban on the transport of fireworks basically comes down to the same thing.

The government wants no fireworks this New Year's, so that fireworks related injuries do not put extra pressure on a healthcare system already overloaded by the coronavirus pandemic. To make this ban possible, legislation must be amended via an urgent procedure that must be approved by the European Commission. The government hopes to have this amendment in place by December 15 at the latest. Until then, Netherlands residents are still allowed to transport 25 kilos of legal fireworks.

The rules will be enforced by municipal enforcement officers and the police. Enforcers can only fine people if they're caught in the act of lighting fireworks. The police can search boxes, bags and trunks if they suspect someone is in possession of illegal fireworks, but they can not search preemptively for the presence of fireworks, according to the broadcaster.

People who still have fireworks at home will be allowed to keep them there, as long as they have no more than 25 kilos. They will only be allowed to light them next New Year's however.