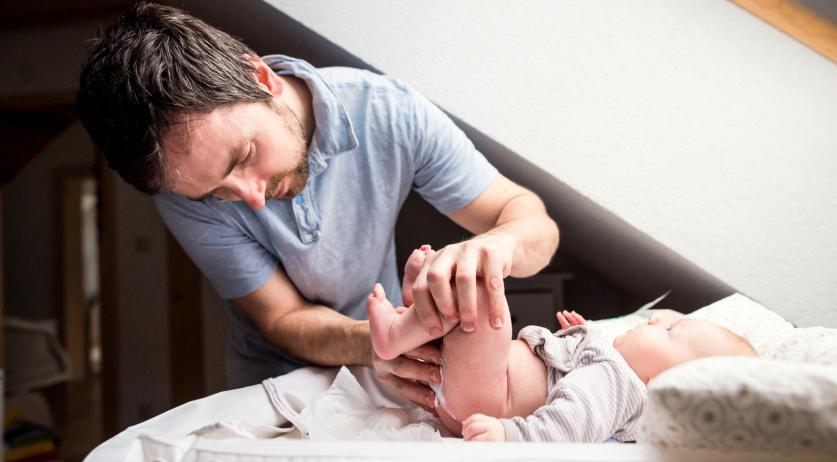 Since the coronavirus pandemic hit the Netherlands, 31 percent of fathers started taking on more care tasks, though the brunt of the burden still falls on mothers, according to a study by Utrecht University, the Volkskrant reports.

In 39 percent of the over 1 thousand Dutch households surveyed, care duties were evenly distributed in June. Before the coronavirus crisis, that was the case in 33 percent of families. In the rest of the households, caring for children and other relatives fell mainly on the mother.

Research leader Mara Yerkes partly attributes the increase in fathers taking on care duties to the over-representation of women in the "crucial professions", like healthcare and education. During the intelligent lockdown, people in these sectors worked longer hours, while other sectors switched to working from home. "This may have given fathers an opportunity to experience their ability to care," Yerkes said.

The proportion of men actively engaged in care tasks increased from 22 percent to 31 percent after Yerkes' first survey in April. "A positive signal," she said, but added that of the parents who saw their hours on care tasks increase in the pandemic, because grandparents couldn't babysit or schools were closed, women's hours increased by 14.3 hours and men's by 10.5 hours.

The Netherlands is still doing better than other countries when it comes to distributing care tasks, Yerkes added. Comparable studies in Germany, Australia, England, and the United States showed that mothers, not fathers, were often the ones to spend more time on care tasks. In Germany, for example, one in three mothers with the same workload as their partner still took all the care responsibilities onto themselves.

"There are many reasons to be critical of our part-time culture," Yerkes said to the newspaper. "But in this case it does give mothers room to maneuver. In the U.S., where children are still often at home, we see that mothers are now leaving the labor market en masse."