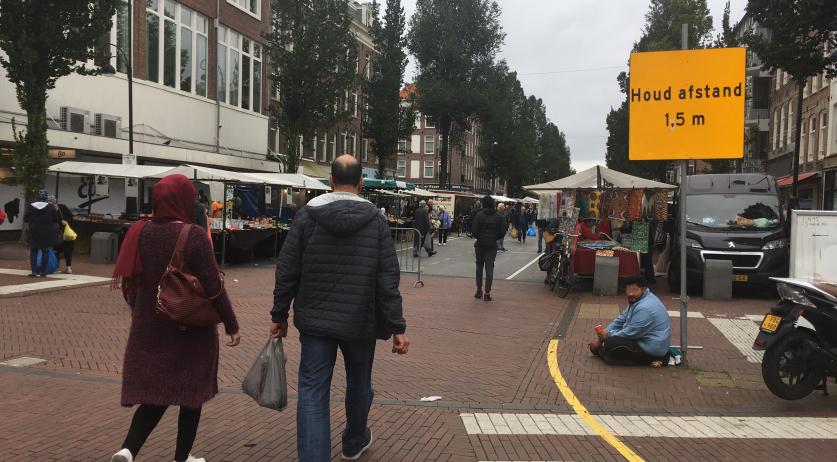 Preliminary daily data from public health agency RIVM showed that over eight thousand more people were diagnosed with a SARS-CoV-2 coronavirus infection for the third day in a row. The RIVM added 8,015 more infections on Monday, an increase of 17 percent compared to a week ago, and 4.7 percent more than the seven-day average.

The new infections on Monday were down about two percent from the record high of 8,184 set on Sunday. Among the new infections reported was a resident in Schiermonnikoog, that city's first. It was the last municipality in the Netherlands to have no positive tests among the residents on the island.

The three cities with the most infections were Rotterdam (546), Amsterdam (533) and Utrecht (319). While Rotterdam showed an increase of 24 percent compared to last Monday, Amsterdam positive coronavirus tests dropped by 10 percent. In Utrecht, there was an increase of 74 percent.

Seventeen more deaths were also tied to Covid-19, according to the RIVM. It raised the total number of coronavirus-related deaths in the Netherlands to 6,768.

Figures showed that new Covid-19 hospitalizations were at their lowest point in a week, with 184 people admitted as patients since Sunday. Patient coordination office LCPS said 38 people with the disease were also moved into intensive care.

It brought the total number of coronavirus patients being treated in hospitals up to 1,738, after accounting for deaths and discharges. It was the highest total since May 8.

The total rose by 86 in a single day, including an increase of 15 in intensive care patients bringing that number up to 379. Some 1,359 were being treated outside of the ICU, an increase of 71.

Some 1,005 patients with the coronavirus disease have died since the end of February, while another 2,242 ICU patients were eventually discharged from hospitals. The intensive care system has treated a total of 3,878 people with Covid-19.

At least 13,936 people have been hospitalized with the coronavirus disease during that time, according to the RIVM.