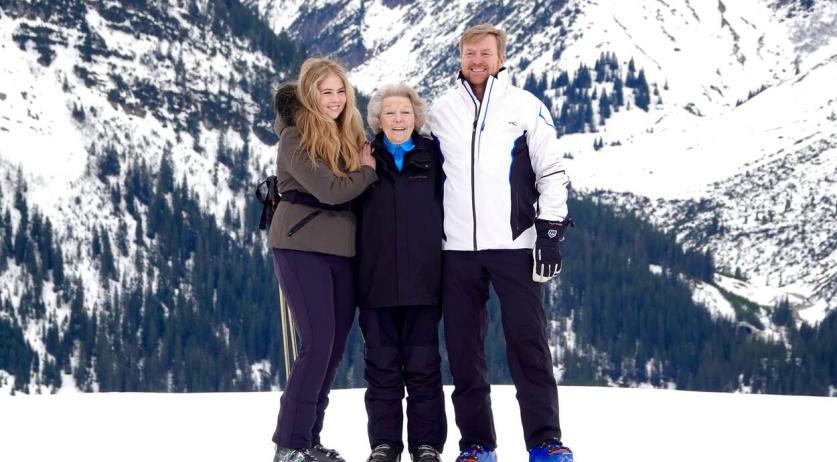 At the insistence of the Tweede Kamer, the lower house of Dutch parliament, Prime Minister Mark Rutte agreed to scrutinize King Wilem-Alexander's salary. He is doing so with great reluctance. "You never agree on the amount," he said.

The King's salary formed part of the parliamentary debate on the budget for the Ministry of General Affairs - the Prime Minister's ministry and the one who is responsible for the King.

The budget set about a million euros aside for the King's salary for next year, the first part of the King's income. The second part is money he receives for personnel and equipment. Approximately 5 million euros is reserved for this.

Parliamentarians raised objections to the fact that the King's income is increasing by around 5 percent next year, while the average purchasing power increase for Netherlands residents will be around 0.8 percent, according to calculation by the central planning board CPB.

According to Rutte, the second part of the King's income - for personnel and equipment costs - is assessed every now and again. He will now again scrutinize it to see if it is "appropriate". But the discussion about the King's salary is much more complicated, Rutte said. The same goes for the salary Crown Princess Amalia will receive from the age of 18.

Rutte pointed out that in 2007, the entire Tweede Kamer agreed to the current system for the King's income. The system also covers Amalia. That there is a fixed system in place ensures stability in the King's income, and Rutte finds that "of great value".

Various parliamentarians, including PvdA's Attje Kuiken, raised concerns about the height of Amalia's benefits from the age of 18, which she will reach late next year. They amount to a total of around 1.6 million euros, including a salary of around 300 thousand euros.

"That is a generous study grant," Kuiken said. "Perhaps it is very relevant, perhaps it is very useful, but I would like to know what it is based on, how it is constructed and whether it still fits within the present time."

"You can always say: should an 18-year-old girl get that much money. But she is no ordinary 18-year-old girl. She is crown princess," Rutte said. He pointed out that, as is laid out in the Constitution, Amalia knew from the day she was born that she would be Queen one day. As head of state, she needs to be financially independent. But she can not do any other job to earn money, like other Netherlands residents.

And this is not just money for her to spend, Rutte argued. "All this is very sensibly put away, no doubt, in a way that enables her to build up her own secretariat and her own staff, so that she can also observe and carry out her crown princess duties."

SP parliamentarian Ronald van Raak pointed out that Rutte's salary is around 200 thousand euros - 100 thousand less than Amalia's. He asked if the Prime Minister considers himself financially independent. "Yes, I am, but I can make my own money before and after this," Rutte said. King Willem-Alexander and Amalia don't have that, he said.

The Prime Minister is against the idea of an annual discussion about the King's salary. He is worried that such a debate could quickly turn to populism.

Rutte promised to send an extensive letter on the King's income to the Tweede Kamer before the end of the year.