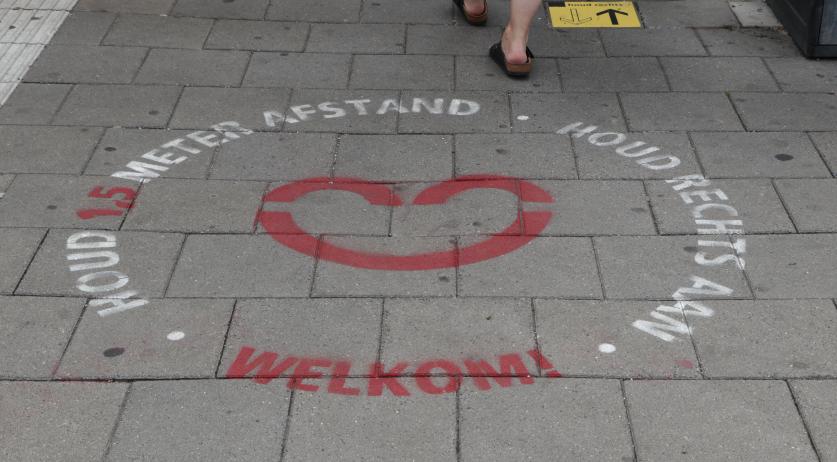 Of the new reported infections, the most people were residents of Amsterdam (374), Rotterdam (285), and The Hague (210). Rotterdam’s figure was down 17 compared to last week and The Hague’s fell by five. Amsterdam’s total rose by 14.

An estimated 20,293 people were given a positive test result this week, about 37 percent more than last week, the data showed. To date, 132 thousand people have tested positive in the Netherlands since the end of February.

Dutch hospitals on Saturday were treating 741 people for the coronavirus infection, an increase of eight compared to Friday. It was also a third more than a week earlier, when the patient total stood at 555.

According to patient coordination office LCPS, 156 of the 741 patients were being treated in intensive care, down four since Friday. The other hospital departments were caring for 585 people with Covid-19, an increase of 12.

“The number of admitted covid patients is steadily increasing. From the Randstad, patients are being distributed to hospitals elsewhere in order to continue regular care everywhere as well as possible,” said Ernst Kuipers, the head of the Dutch acute care providers network. The LCPS coordinated the transfers of seven such patients from Friday to Saturday afternoon.

Since the end of February, 3,348 residents of the Netherlands have been treated in intensive care for Covid-19, including 923 who died while in a hospital. Some 2,110 patients were treated and released from hospitals, according to nonprofit organization NICE.

According to the RIVM, 13 thousand have been hospitalized for Covid-19 since the pandemic began, and a total of 6,450 residents of the Netherlands died from the coronavirus disease.

The RIVM data for Saturday added 21 more people to the Dutch death toll. Some 32 more hospitalizations were also linked to Covid-19. The deaths and patient admissions did not necessarily occur on Friday or Saturday.