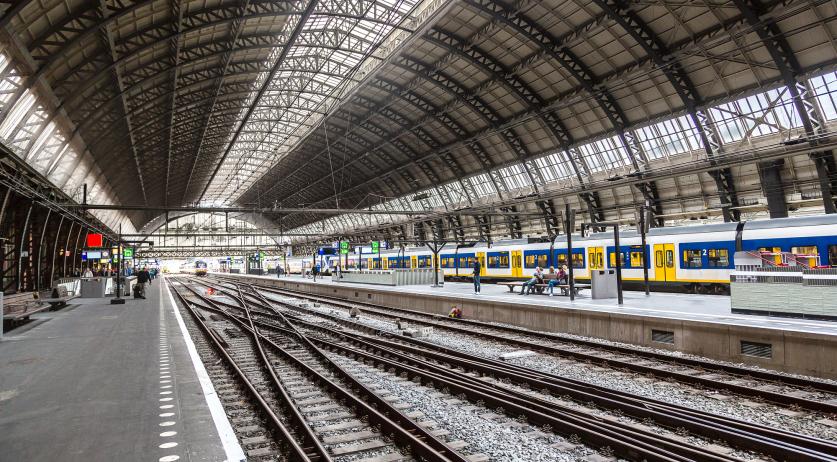 The Amsterdam Transport Region is going to invest heavily in mobility policy, with the aim of helping public transit company struggling under the coronavirus and pushing the transition to emission free transport, the Volkskrant reports.

The region, which consists of 15 municipalities and accounts for 35 percent of the total number of travelers in urban and regional transport, will present its "corona package" on Monday. It involves an extra investment of 235 million euros, to be used to make the bus fleet emission free by buying electric buses and installing the associated charging infrastructure.

According to Amsterdam alderman Sharon Dijksma, the Amsterdam Transport Region considers public transport such an important public facility that "we as governments are taking responsibility."

The coronavirus crisis, which drastically reduced travelers on public transport, is also a chance to permanently change the public transport system, Dijksma said. About 20 percent of the entire transport region is currently emission free. That must increase to 95 percent by 2025.

"Apart from corona, we have been in a crisis for a long time that really will not just disappear: the climate crisis," Dijksma said. "Even after the corona, the public transport will never by the same again. That is good."

The region also plans to invest more in projects that should lead to people avoiding rush hour travel more, in refurbishing the station area around Amsterdam Central Station, and in research into driving on bio-diesel.

"Now the transport figures of the public transport companies are dramatic. Even if the corona crisis comes to an end, the effects will remain visible for a long time. As governments, we will have to allocate much more money for public transport. In our region, we simply don't have the space to make a different choice. We cannot all drive by car,' Dijksma said.

The region is getting the 235 million euros from the national government's so-called Broad Target Benefit fund, which is intended to be used to solve mobility issues.