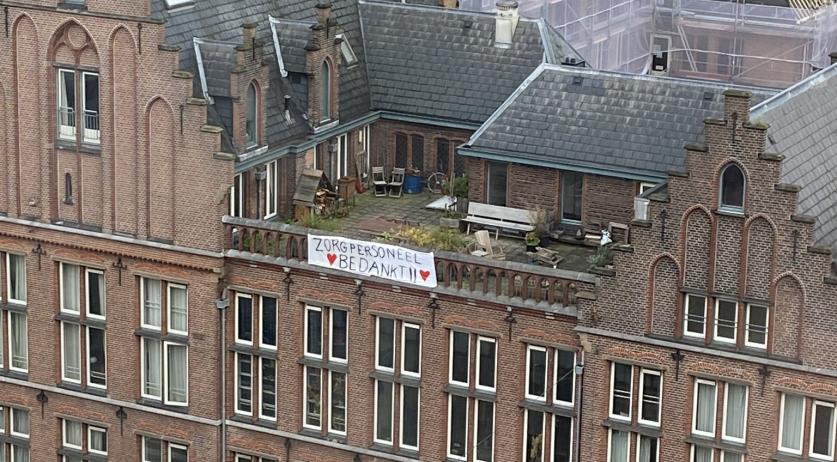 Public health is under threat due to the increase of people who are infected with the new coronavirus, the head of infectious diseases for GGD Amsterdam, Yvonne van Duijnhoven, said to broadcaster AT5. The person leading the response at public health institute RIVM, Jaap van Dissel, said people’s behavior was to blame.

New infections reported by the RIVM from Monday through Saturday were 51 percent higher than the previous week. In Amsterdam, the number of new coronavirus patients has risen by 57 percent in seven days, especially in Nieuw-West where the positive coronavirus tests among residents have doubled. While a handful of stricter measures have been put in place on the Amsterdam region by the national, regional and local governments, the increased pressure on hospitals has caused growing concern that the second wave of infections will bring about a crushing second wave of Covid-19 patients.

Van Duijnhoven said the increase was not just seen in Nieuw-West, but also Zuidoost. “But to be honest, we are seeing an increase in all districts,” she told AT5. The increase is no longer limited to just people in their late teens and twenties, with infections among middle-aged and elderly people also rising. Nearly half of residents at a Zuidoost nursing home have been infected, she said, and she fears that a possible lockdown of care homes will be seriously damaging to the elderly who have a serious need for social contact.

She said the GGD municipal health service is working hard to increase testing capacity to better identify and isolate people who test positive. Currently, the GGD Amsterdam can test about 3,200 people, which is not limited only to city residents and test facilities have quickly become busier.

“That's why we really want to be able to scale up further, so that you can take a test very quickly and have the results very quickly,” she said to AT5. “Those are really the perspectives that are needed to be able to process those large numbers, in order not to let society get stuck.”

“If this continues, it will spread from the younger groups to the older, more vulnerable groups, who have a greater risk of hospitalization. We can already see that,” Van Dissel said in an interview over the weekend. He said that how people adhere to the coronavirus rules and advice from the government on social distancing and hygiene is a critical first line of defense. Ignoring the instructions is a serious breach of the public’s first line of defense against the virus.

“How well is everyone complying with the measures? We are creating problems when we do not keep to 1.5 meters away, or go out when sick,” he told newspaper Trouw. “You have to stimulate people's intrinsic motivation. That is complicated. Part of the motivation will come back if you notice in your environment that Covid is a real problem.”

The number of Covid-19 patients being treated in intensive care have quadrupled in just a few weeks, from 28 On September 3 to 122 on Saturday. Outside of the ICU, Covid-19 admitted patients have risen by nearly five times over the same period, to 433, data from the LCPS showed. Van Dissel said the situation could continue to worsen over the next two weeks, but after that it depends largely on how people react to the increasing number of infections.

“In the west of the country, regular care has to be scaled down at times, and separate departments for Covid patients are being set up. If it continues like this, we will be in the same situation as we were in March.”