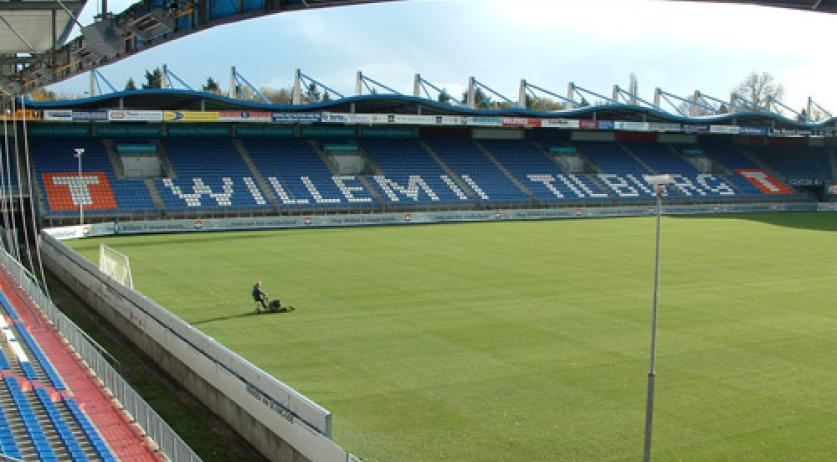 Around a thousand Willem II supporters partied on a square in Tilburg on Thursday evening, with social media videos showing them not social distancing, singing, dancing and shouting. The municipality of Tilburg issued a permit for the event and saw no reason to intervene, a municipal spokesperson said to NU.nl.

Supporters watched the Willem II vs Rangers FC Europa League match on a big screen on a square near the Euroscoop cinema. The Tilburg club lost 0-4. Exactly how many supporters were at the screening, is unclear. But photos and videos on social media show that the square was packed, and that attendees gave little heed to the coronavirus rules and restrictions.

The municipal spokesperson told NU.nl that responsibility for enforcing the coronavirus rules lies primarily with the attendees. The organizer of the event is also responsible for this, the spokesperson said.

The municipality knew that there would be party on Thursday - "It is the first time in 15 years that Willem II is playing at this level again, a party fits with that," the spokesperson said - and therefore issued a permit for the large event in the hope that it would prevent illegal parties.

"All people had to submit their details to the organizer in advance. In the worst case scenario, that could help with source and contact tracing. You have no insight into that in people's homes," the municipal spokesperson said to the newspaper. Supporters who did not adhere to the agreements may also be fined. "We know who was there and kept an eye on it. If we see that people do not comply with the rules, they may still expect a fine later."

The party led to flabbergasted reaction from police and enforcers' unions, as well as politicians. "Unbelievable", enforcers' union NBB said. Police union ACP added to NOS: "Police officers are angry and disappointed. This leads to confusion in society."

Tilburg mayor Theo Weterings told NOS that he hoped fans would stick Covid-19 rules when he issued a permit for 800 people gathering at 1.5 meters distance from each other. But he added that he wouldn't do it again.

"It goes without saying for the hard core of Willem II to gather somewhere. They couldn't be in the stadium so we had to take into account that they would meet somewhere else. The decision was that we would now know where that was and that it was possible to observe the 1.5 meter rule there."

He was not satisfied with the result, and will not issue another permit. "They endangered their own health and that of those around them."