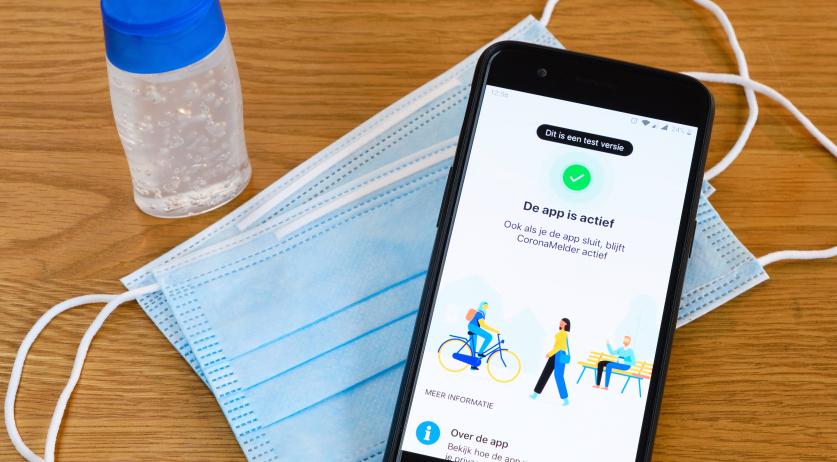 The Dutch government's coroanvirus app, which will notify users if they were in close contact with someone who tested positive for Covid-19, has been ready since early August. But due to the law regulating it not being passed yet, it will only be rolled-out to the whole of the Netherlands in mid-October at the earliest - much to the annoyance of the developers, NOS reports after speaking to the CoronaMelder developers.

"The app has been technically ready since the beginning of August, but now it's on the shelf," one developer, who asked to remain anonymous, said to the broadcaster.

Now, with the number of coronavirus infections increasing alarmingly, would have been an ideal time to have the app already in use, so that source and contact tracing could be easier. "Especially now you want people to install it, so that meetings can already be mapped out," Joris Leker, who was responsible for the user-friendliness of the app, said to NOS.

CoronaMelder has been available for download since mid-August, but it is only supported in the five GGD regions where it was tested. The government planned to launch the app nationally on September 1, but the law that would regulate its use has not been passed yet, so that date was delayed.

The Tweede Kamer, the lower house of Dutch parliament, already passed the bill. The Eerste Kamer, the Dutch Senate, will vote on it on October 6. But if they have additional questions, that could cause additional delay.

Once the Senate approves the bill, it will take "another week" before the app can be rolled out nationally, spokesperson Marcel van Beusekom for the Ministry of Public Health, Welfare and Sports said to NOS. "The legal paperwork must be arranged and the publicity campaign must be prepared."

The app developers said that they understand that democracy takes time, but they still find it frustrating. "Everyone has been working hard for months to get the app ready on time. It feels like the political side of the story is moving slower than the rest of society," design team leader Jasper Hauser said.

The developers think that the Ministry of Public Health could have anticipated the legislative process better - it was clear from quite early that the app would need legal substantiation, those involved said, according to NOS.