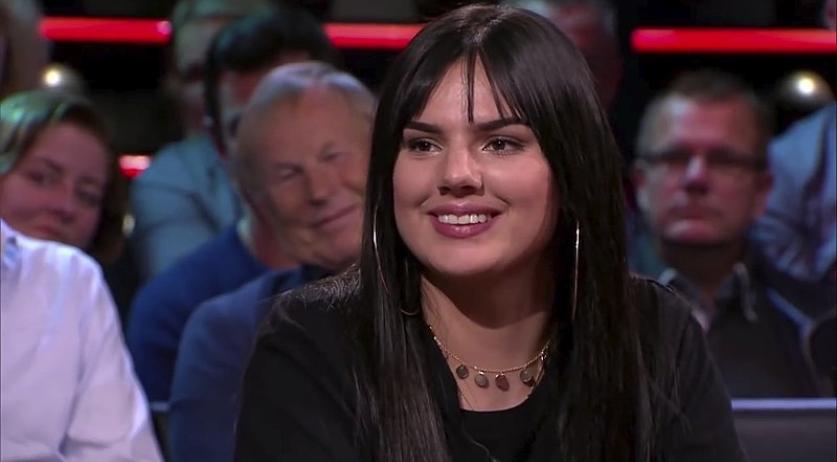 "I understand that people are angry, but I have good reason for it," YouTuber Famke Louise said on Jinek about a social media action she and other Dutch influencers and celebrities started against the coronavirus rules under the hashtag #ikdoenietmeermee. According to her, she wants to draw attention to the people suffering under the policy, like people losing their jobs.

The 21-year-old influencer claimed that she still adheres to the rules, and the hashtag - which translates to 'I'm no longer participating' wasn't meant to encourage her around 1 million followers to stop adhering to social distancing and other Covid-19 rules.

Diederik Gommers, head of the Dutch intensive care association NVIC who was also on the program, respectfully pointed out to her that she should have been clearer about that. Because the hashtag really creates the impression that she is no longer following the rules. "The consequences it has if you as a group no longer do it.. that is really a disaster," he said.

Host Eva Jinek stressed that everyone, including Gommers, understands that this crisis is about more than just healthcare, that society is also struggling under the economic downturn and sudden cessation of social contact. Gommers wanted to know from Famke Louise what the government and healthcare organizations could have done to make clearer to young people why these difficult decisions were made. He said he would like to continue this discussion with her and the other influencers involved in this action.

"I think we should get more understanding," Famke Louise said. "Not even just the young people. My father, for example, is a pilot. He hasn't flown in six months. I wonder what the situation will be in another six months. The cabinet should just show a little more sympathy."

She said that she has "a lot of respect for corona". "For the coronavirus, the deaths and the healthcare," Famke Louise said "But for me it's about society. People can no longer do their thing The entertainment business is completely halted, companies are going bankrupt. Families may soon not even be able to put food on the table anymore. The cabinet is not taking this sufficiently into account I think that too little attention is paid to this."

"It's not that I mind social distancing or other corona measures. I'ts about the principle. People want to do their thing, have fun. People are losing their jobs."

Gommers got a lot of praise on social media for the respect and calmness with which he discussed this action with Famke Louise. "It's great that Mr. Gommers wants to do his best to understand the youth and Famke Louise. I really appreciated how seriously he went into the arguments," one viewer said on Twitter. Another tweeted: "When you work three shifts for months because of the entire corona crisis, and then you are invited to Jinek with Famke Louise. And then remain so calm, give her stupidity space and even want to enter into a dialogue... Tribute to Diederik Gommers."

Just a few months ago Famke Louise was one of the influencers the government paid to promote the coronavirus rules and the importance to adhering to them, RTL Nieuws reports. The Ministry of Public Health hired influencers to convince young people to stick to the rules. Exactly how much she was paid for this is unclear, but according to the broadcaster it involved thousands of euros.

A spokesperson for the Ministry of Public Health told RTL that the Ministry will not be asking for that money back. Famke Louise would not respond to the broadcaster's questions about what she did with that money, RTL wrote.

Parliamentarians were flabbergasted by this revelation. D66 leader Rob Jetten said on Twitter that Famke Louise should either give the money back or donate it to a charity.

VVD leader Klaad Dijkhoff said: "A deadly virus is not a game that you can pause for a while."

Minister Hugo de Jonge of Public Health called the influencers' action irresponsible. "In order to protect vulnerable people and to ensure that care can be sustained, we have to participate. All of us."