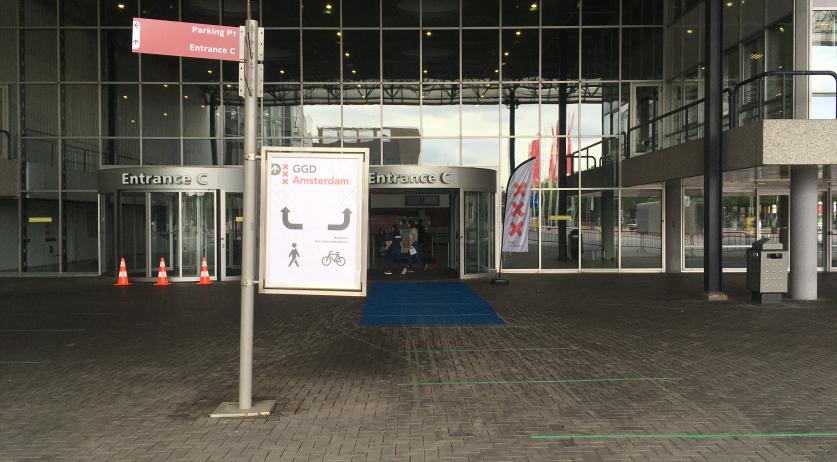 A laboratory in Abu Dhabi will soon be helping to analyze Dutch coronavirus tests. A deal between Dutch lab Saltro, a sister lab in the capital of the United Arab Emirates, and the Dutch Ministry of Public Health is nearly complete, NOS reports.

Minister Hugo de Jonge of Public Health told parliament on Tuesday that he is signing this contract because of the shortage of testing capacity in the Netherlands. "In a normal situation I would not have signed that contract But in this situation I say yes, we will do it," he said.

A special air lift has already been set up to take cotton swabs with genetic material of Dutch who went to get tested for Covid-19 to Abu Dhabi, according to the broadcaster. The some 5 thousand kilometer trip from Schiphol to Abu Dhabi will take about six hours.

An internal email from Saltro, which NOS has in its possession, shows that the first batch of Covid-19 tests will be sent to Abu Dhabi today already, according to the broadcaster. This involves tests done at the GGD test center in Woerden.

The government is scrambling to increase testing capacity, so that everyone with symptoms can be tested, even with cold and flu season coming. Deals have already been made with commercial labs in Germany and Belgium, to help analyze Dutch tests.

On Tuesday, GGD director Sjaak de Gouw revealed that around 10 thousand people a day cannot get an appointment to be tested for the coronavirus. According to the GGD, this is due to a shortage of testing materials at the labs.