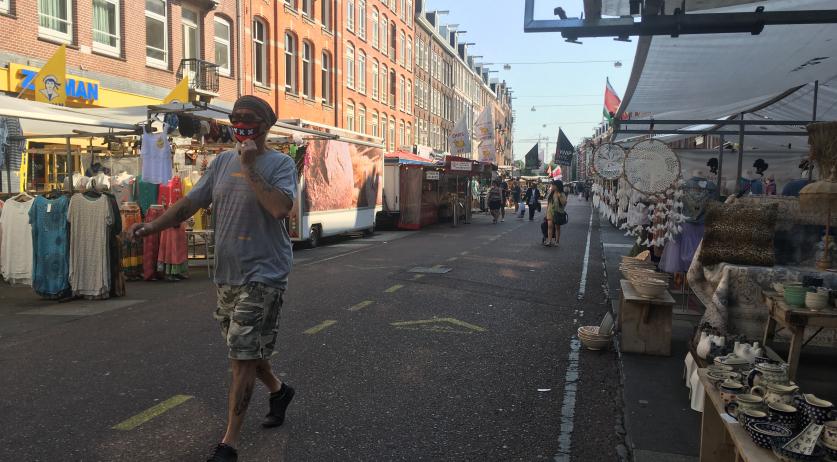 Approximately 1,977 more people in the Netherlands have tested positive for the SARS-CoV-2 novel coronavirus, public health agency RIVM said on Friday. It was the fourth consecutive record breaking day for most new coronavirus infections. The total was released shortly before patient coordination office LCPS acknowledged that there were 288 people being treated for Covid-19 in Dutch hospitals, more than double the number of concurrent patients just 11 days earlier.

The preliminary data from the RIVM raised the total number of positive tests this week to 7,958, 59 percent higher than the same point last week. By comparison, 8,445 people tested positive during all of June and July combined, the first two months when testing was made available to the general public.

Friday's single-day total was also 56 percent higher than a week earlier. The most new cases were again reported in Amsterdam (361), Rotterdam (187) and The Hague (122). For Amsterdam, it was sixth time in seven days that a new high mark was set for most new infections in the city. Both Amsterdam and Rotterdam also had the most cases per capita.

"The number of hospital admissions for COVID-19 continues to rise. In the past 7 days it has increased by 67%," Kuipers said. Data from the LCPS showed that it was the highest total in intensive care since June 22, and the highest overall patient total since June 19.

"The increase is expected to continue over the coming days. Appropriate measures are being put in place in these regions to stem the increase in the number of new infections," he said.

A new set of restrictions targetting the Randstad was expected to be announced at a press conference at 7 p.m. on Friday.