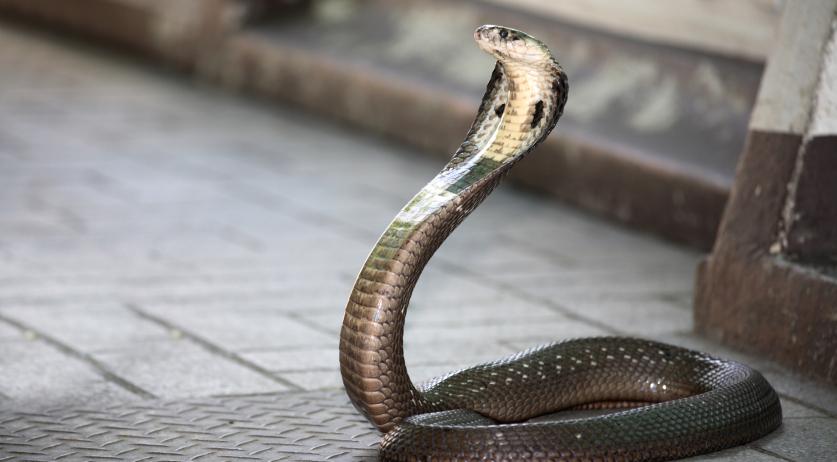 A technician working at a gym in Amersfoort found a 2.5-meter long king cobra  slithering outside behind the building. "Together with animal protection and a snake expert, this one was captured," the Pellikaan gym said on Thursday.

“When they were tidying up some stuff there, and removing a pipe, they saw a snake," said Dennis Verweij, the gym manager. The team contacted Verweij, who told newspaper AD he immediately thought it was a prank. His response was, "Please forward a video."

Convinced the "serious snake" needed to be dealt with, they contacted the local animal ambulance service. A snake expert also arrived from Amsterdam to assist. “It's a tropical poisonous snake that doesn't like the cold. Fortunately he was very slow," Verweij said.

The animal control team speculated that the snake escaped from someone's terrarium. It will be cared for by the snake expert until the owner is found.

King cobras mostly attack people when they are threatened, backed into a corner, or pestered, said Walter Gertreuer, a venomous snake expert at the Serpo reptile zoo. "It's a rarity for a venomous snake to escape, but every escape is one too many," he told AD.

The gym said that no members were in danger, but that it was a scary situation for staff. "You do have snakes in the Netherlands, but you don't come across these," Verweij said to the newspaper. "We just felt the tension together."