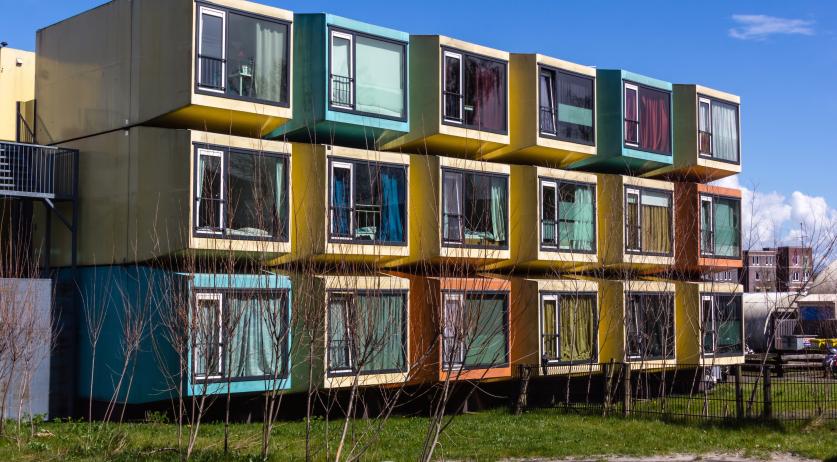 Students to protest against expensive housing in five cities next week

Student unions LSVb and FNV Young & United will be protesting against the "ridiculously high rents for student rooms" in five student cities next week. The unions demand that the student loan system be abolished and the basic study grant reinstituted, so that this generation of students at least have a chance to finish their studies without compiling a mountain of debt.

Around 400 euros per month is a reasonable price for a student room, but rents of 600 euros are quite normal and 700 euros or higher per month are no exception, Lyle Muns of LSVb said to ANP. There is a shortage of approximately 40 thousand housing units for students in the Netherlands, resulting in private landlords and slum lords driving up the prices enormously, he said.

A solution could be giving students a living allowance for rent. Or reintroducing the basic study grant, he said. "We want students to be able to graduate debt-free. It is bizarre that in order to live, students have to build up a huge  student debt, which they have to pay off in the 35 years that follow. That is how slumlords are sponsored," Muns said.

According to Frank van Bennekom of FNV Young & United, the loan system is a "Draconian system" putting an extra burden on a generation that is already "fucked". "This generation has less chance of a permanent job, has to work more hours, has to be always available, and have more difficulty getting a mortgage due to their student debt."

Moreover, Van Bennekom added, this is also the generation that will be presented with the bill for the climate crisis and the coronavirus crisis. "We must ensure that this generation does not have to start paying off that climate and corona bill in arrears."

The students will be protesting in Wageningen, Nijmegen, Groningen, Utrecht, and Amsterdam next week. The first protest in Wageningen on Monday will involve tents set up on the Markt, with signs showing how much a room fo the same square meters costs. In Nijmegen on Thursday, students will build their own homes on Plein '44.