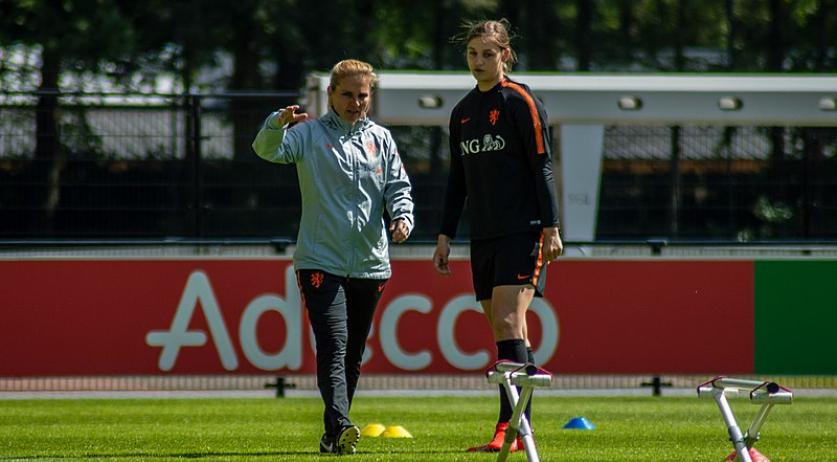 Sarina Wiegman will be leaving the Oranje Lionesses to coach England's national women's football team, according to Sky Sports. The expectation is that Wiegman, 50, and FA will reach an agreement on Friday.

Wiegman will succeed Phil Neville in England. He is signed with the English football women until mid-2021, but already announced that he will not serve out his contract, according to Voetbal Primeur. So Wiegman can start as soon as she's ready.

That means that Dutch football association KNVB will have to look for a new national coach for the Dutch women's team in the run-up to the Olympic Games and the European Championship of 2022.

Wiegman was appointed national coach for the Oranje Lionesses in January 2017. That same year the Lionesses won the European Championship. And in the summer of 2019, Wiegman's team made it to the World Cup finals, which they lost to the United States.