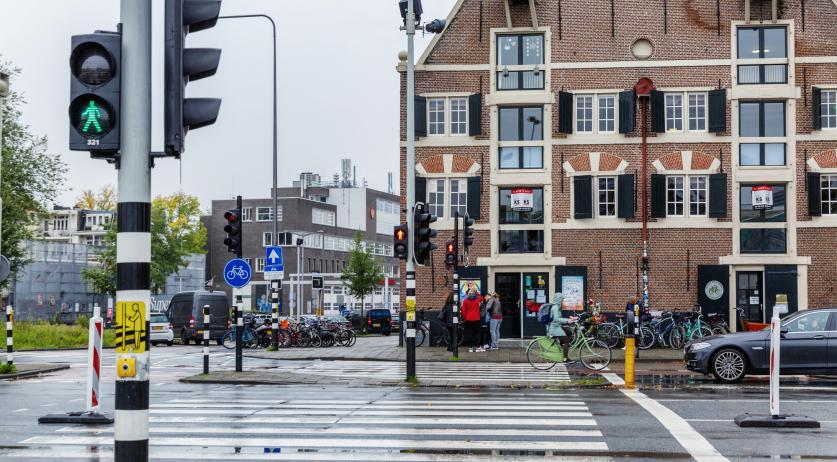 Dutch security researchers managed to manipulate multiple smart traffic lights into turning green for them, without being near the traffic light. "At the traffic lights we examined, no one checked whether you are who you say you are,' Wesley Neelen of security company Zolder explained to NOS. As a result, he could pose remotely as a cyclist, prompting a traffic light to turn green for him.

Smart traffic lights will be installed on around 1,200 intersections in the Netherlands, with the aim of controlling traffic in a smarter way. They can, for example, give certain types of traffic priority so that people need to slow down or accelerate less often. The traffic lights Neelen and his colleague Rik van Duijn targeted use apps that road users can install to alert the lights of their approach.

Neelen and Van Duijn managed to mimic the data the app sends to the traffic light. "This allowed us to send unlimited so-called bicycles to a traffic light," Neelen said to the broadcaster. Van Duijn added: "We think that currently over a hundred traffic lights are susceptible to this."

The researchers only mimicked cyclists, but believe the same can be done for other road users. They don't think this problem they discovered is immediately super dangerous - it can't be used to turn all lights in an intersection green at the same time, for example. "The traffic light still determines who gets priority," Neelen said.

But there could be consequences if, for example, someone manages to mimic an ambulance and then always gets a green light, the researchers said. Or if an attacker sends virtual cyclists to an intersection from multiple sides, disrupting traffic.

The researchers informed the makers of the traffic lights about the problems they discovered. "They have pledged to improve their apps," Esther Schoemaker of Talking Traffic, a partnership for smart traffic lights, said to NOS.