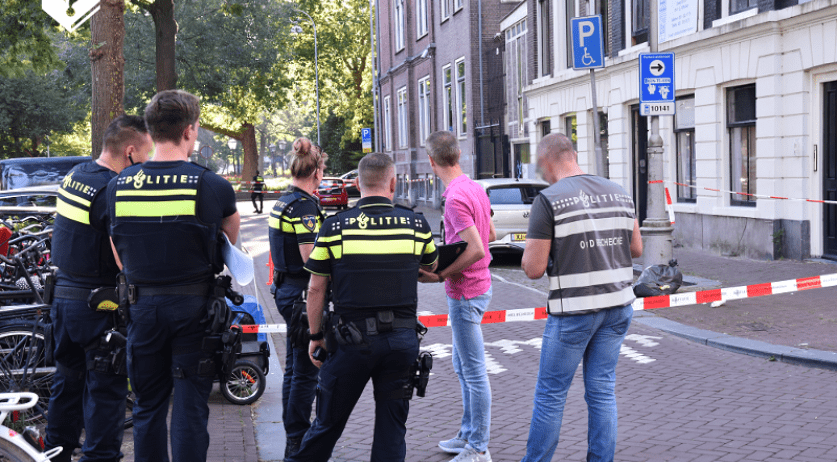 Shots were fired at a law firm on Falckstraat in Amsterdam city center early on Friday morning. A photo from the scene shows at least one bullet hole in the window of Kuijpers & Nillesen Advocaten.

The police have cordoned off a section of the street for investigation. Forensic investigators are at the scene.

According to the police, the bullet hole was discovered on Friday morning. It is not clear at exactly what time the shooting happened. Investigators would therefore like to talk to anyone who saw or heard anything out of the ordinary on or near Falckstraat during the early hours of Friday morning.

Lawyer Jan Heijn Kuipers works at the targeted office, according to Amsterdam broadcaster AT5. In the past he defended criminal kingpin Willem Holleeder and  one of the suspects in a foiled helicopter hijacking and prison break in Limburg.

This is not the first time that  lawyers are targeted in Amsterdam. In September last year, defense attorney Derk Wiersum was shot dead outside his Amsterdam home. He was defending Nabil B., a criminal turned informant who testified against Ridouan Taghi and the alleged drug gang around him.