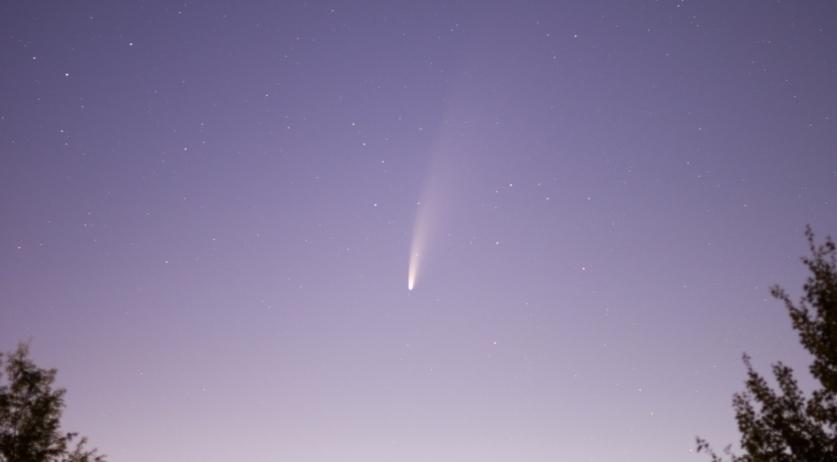 The night skies will be filled with shooting stars in the coming week, with as many as 23 appearing per hour, according to Weeronline. The meteor showers will be in addition to the Neowise comet, which should still be visible in the west-northwest skies.

Avid sky watchers may want to head outdoors between 2 a.m. and 5 a.m. when skies will be at their darkest, with the quarter moon at its most visible at the beginning of the night through the earliest morning hours.

Astronomy fans will also want to see the comet Neowise, which has been visible in clear skies this month. The comet should be visible at about 20 degrees from 11 p.m. through 1:30 a.m., Weeronline said. The comet may be difficult to spot with the naked eye, and a simple pair of binoculars could make it easier to see.

Those wanting to witness the celestial events will need to keep their fingers crossed, as the weather is expected to be a bit hit or miss next week, with a mix of partly cloudy skies and rain showers predicted. Dryer evenings are expected on Thursday and Friday.

Earlier in the week, the temperature could dip down to 14 degrees in parts of the country, and later in the week the low temperature is predicted to be around 10 degrees, according to meteorological agency KNMI.