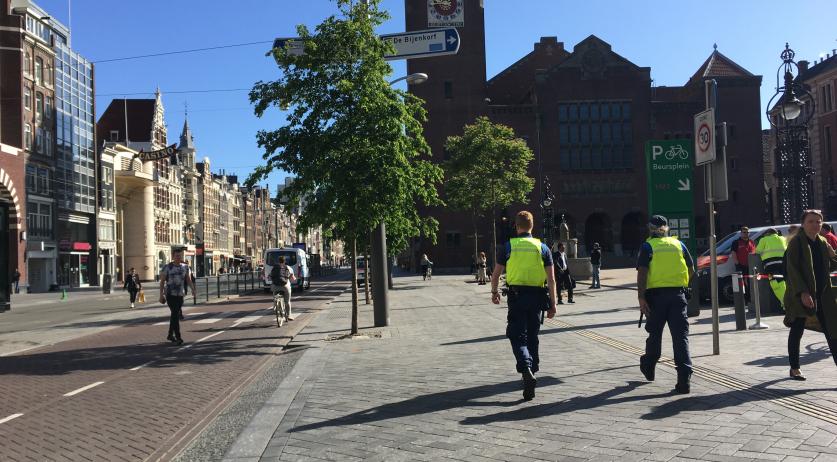 Dutch enforcement officers (BOAs) who assist police in patrolling communities around the country will more easily be able to obtain batons and other light weapons, Minister of Justice and Security Ferd Grapperhaus announced on Friday. Certain compliance tools and defensive weapons will be available to BOA officers, provided the mayor, law enforcement and judicial authorities of a given municipality agree on its necessity.

Aggression against BOAs has been on the rise in recent months, with many officers facing considerable strain as a result of having to enforce measures to try to curb the spread of Covid-19. One incident early last month saw an enforcement officer attacked on the beach in IJmuiden that left him with facial lacerations.

The new rule is reportedly designed to give officers the ability to better maintain public order and safety in its wake, and to reduce their vulnerability.

The BOAs, the Netherlands' blue-clad officers who carry out a variety of civil roles such as gamekeepers, environmental inspectors, social investigators or parking attendants, have typically not been armed, only being entitled to carry weapons under very special circumstances. The new rule could leave it considerably easier for officers in certain municipalities to make use of such arms to enforce the law.

“The biggest bottlenecks have now disappeared. The local authority can decide whether to equip BOAs with weapons according to clear criteria. The minister will only test these afterwards," BOA union chief Ruud Kuin told the newspaper AD on Friday.

According to the BOA's official policy rules, the scope of the force that such officers are entitled to wield includes the use of handcuffs, batons, pepper spray, guard dogs and even firearms.