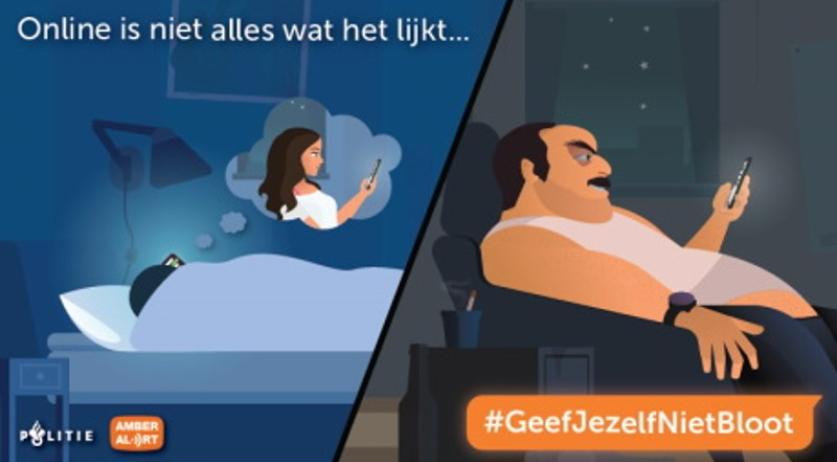 Amber Alert teamed up with the Dutch police and the European police group for missing persons to launch an international prevention campaign against online grooming. The campaign will be distributed in over 20 countries, and is aimed at making teenagers aware that "online interactions, no matter how innocent they may seem, can sometimes have dire consequences", the police said.

At this stage, online grooming rarely leads to a child going missing, the police said. But it does happen. In June last year, an Amber Alert was issued for a 12-year-old girl in Rotterdam, who was convinced to meet up with a man she met in an online game.

The campaign's motto is 'Do not expose yourself' and it consists of a video giving simple, but important tips on how teenagers can protect themselves against online groomers. "It is important that children learn to be alert. Such a groomer sometimes works so cunningly that it is difficult to recognize them. This is precisely why it is good that children know they what should and should not do online," said Lidewijde van Lier, sex crime expert at the police.

"Everyone can present themselves differently on the internet, including people with bad intentions. Often they pretend to be a peer and go looking through a victim. This is done through social networking sites or chat programs, but also through online games," Van Lier said. Groomers often have frequent online contact with their victim, chatting with them, sexting with them, or even convincing them to perform sexual actions in front of a webcam. This can later be used to blackmail the child into further sexual acts or even an in-person meeting. "It is therefore very important to ensure that children are not tricked by people with bad intentions."