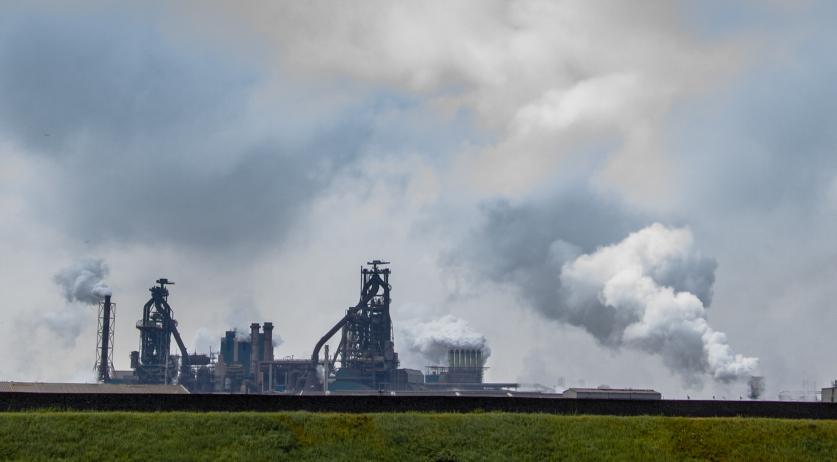 Workers from Tata Steel Netherlands (TSN)'s steel plant in IJmuiden walked off the job on Monday in support of their boss after it was announced that much-admired Theo Henrar will be stepping down from his position as chairman in an alleged case of dismissal. Trade union FNV Metaal joined the fray, calling on TSN staff to organize a strike on Tuesday to voice their anger.

The development comes as thousands of TSN steelworkers find their jobs in increasing jeopardy after previous threats of layoffs were exacerbated by the Covid-19 crisis. In November of last year, Tata Steel Europe, parent company of TSN, announced that 1,600 jobs would be cut at the IJmuiden steel mill in an effort to reorganize. While the decision was walked back in January; the economic downturn following the Covid-19 crisis has brought fears of mass layoffs once again to the fore.

Monday's departure of Henrar, who had championed his employees' job security, marks the newest escalation in the saga, with both the Central Works Council, the body which runs TSN, and FNV Metaal claiming that the move was a blatant dismissal. They reportedly accused the parent company of sacrificing the Dutch operations to rescue their business in the UK.

60-year-old Theo Henrar had been the chairman of the board of TSN since 2008, and enjoyed strong support from his employees for standing up for Dutch interests within the steel conglomerate, according to a Central Works Council communique obtained by media outlets on Monday.

He will remain with the company as an advisor until the end of the year.

“Both the Indian shareholders and the European leadership of Tata Steel have been failing for years by failing to solve the problems in the UK. Billions of pounds and euros have failed to make Tata Steel UK profitable in recent years. The fact that this decision is being taken today, with a global corona crisis and enormous problems at Tata Steel UK, indicates that the management of Tata Steel is no longer able to make careful decisions,” asserted the communique.

"The Central Works Council expects a hard confrontation with the management in the coming months," the statement added.