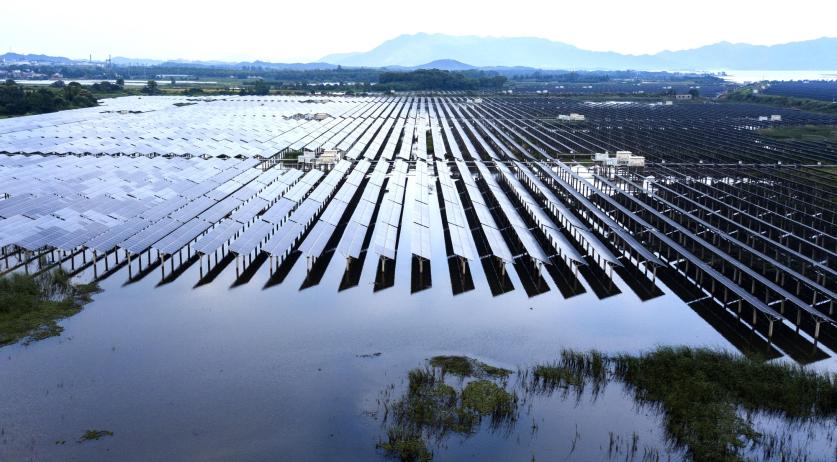 There is much more support for solar energy in the Netherlands than for new wind turbines to be installed, according to the preliminary plans of 24 of the Netherlands' 30 energy regions. If these so-called Regional Energy Strategies (RES) are actually implemented, the ratio between wind and solar energy will switch from 60 percent wind and 40 percent sun, to 20 percent and 80 percent respectively, NOS reports.

In order to achieve the goals set in the climate agreement, the Netherlands was divided into 30 energy regions. Each region must submit a draft plan for its green energy future by October 1st. The regions are supported by the National Program, which takes stock of the RES every few months. The most recent inventory, published on Wednesday, shows that solar power is considered a much more popular option than wind turbines.

This can lead to problems. According to National Program director Kristel Lammers, grid managers indicate that a more equal ratio between wind and sun power would be better. "So much solar energy compared to wind requires more infrastructure, is expensive, and can thus influence the support base," she said to NOS.

In addition to the spatial integration of all new solar and wind energy and its impact on the electricity grid, maintaining sufficient public support for the plans is considered an important element of the RES. There is a major difference between the regions when it comes to the extent of public involvement. According to the broadcaster, the coronavirus played a role in this - many regions planned public meetings and information evenings which had to be canceled due to the ban on gatherings.

Another important point is that the regions coordinate their plans well, to avoid people who live on the border between regions being confronted with a double dose of wind turbines and solar panels. According to the broadcaster, some regions are mainly looking at the borders for their green energy, because this often concerns rural areas where the integration of wind turbines and solar panels is easier.