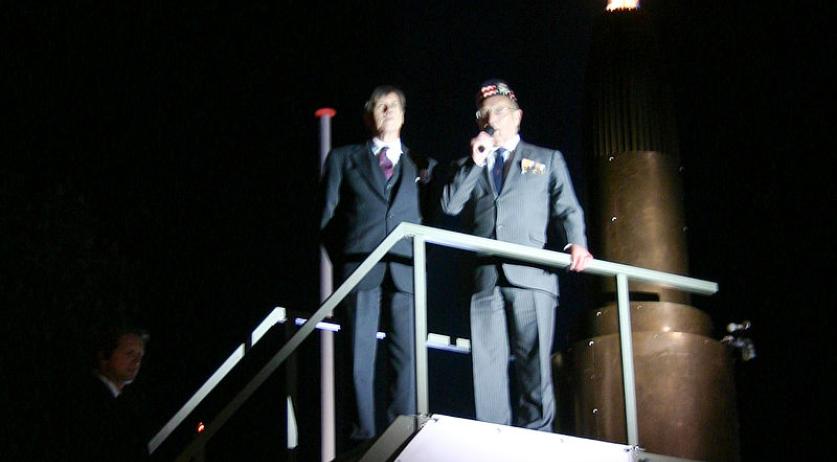 "Now is the time to celebrate our freedom. Only in freedom can this fire burn," State Secretary Paul Blokhuis of Public Health, Welfare and Sports said as he lit the Liberation Fire on the 5 Mei Plein in Wageningen at midnight on Liberation Day.

In other years, torches would have been lit from that fire and taken to other Dutch cities to light freedom fires. But as the restrictions in place to curb the spread of the coronavirus canceled all events until September, that could not happen this year. Instead the fires in 13 other cities were lit at the same time as the first one in Wageningen, with torches lit from the eternally burning flame in Wageningen on Monday night, according to AD.

The first Liberation Day Fire is always lit in Wageningen because in May 1945, the German occupiers and Allies negotiated the capitulation in Hotel De Wereld in Wageningen. The city usually also hosts the National Commemoration of that capitulation, and the Liberation parade of veterans, but these were canceled due to the coronavirus.

"Maybe this year we realize more than ever what freedom means," Blokhuis said, speaking alone on the square. "It is disappointing and sad that we cannot gather in places that mark our history, especially after 75 years. But we live in peace and we are free. We must cherish and protect that, also for future generations."